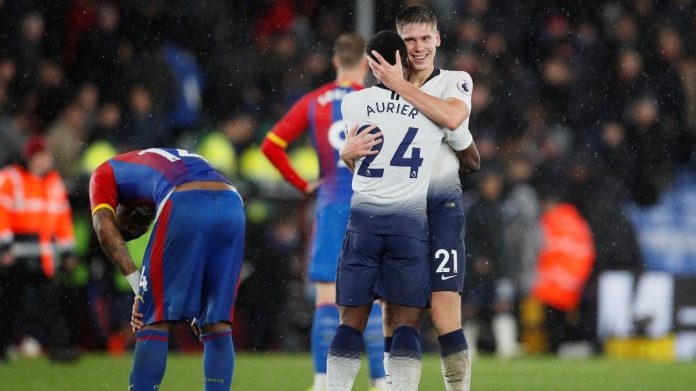 Spurs won the first leg of the Round of 16 tie in the Champions League against Dortmund on Wednesday, beating the German giants 3-0 at Wembley.

After the match, Pochettino spoke highly of his compatriot Juan Foyth who made his first start in the Champions League this season.

The 21-year-old has made six Premier League starts this season, and further three appearances have come in cup games. However, Pochettino has full confidence in him, and named him in the starting line-up against Dortmund.

Foyth produced a superb performance on the night, and justified the faith kept on him by his manager. He made one tackle, and four interceptions during the game.

The Argentine made 77 passes with over 90% accuracy. He also attempted two successful key passes, according to whoscored.com.

Pochettino was heavily impressed with him, and said to Football London that he was ‘fantastic’ against Dortmund. The Argentine boss also praised his bravery.

“After 3-0 it’s easy to say yes but it’s the same as Kyle Walker-Peters playing in a decisive game in Barcelona. The most important thing is when we feel something, when we believe the player deserves to play, it’s not important the name, the experience is not important. It’s not important if they’re a 20 or 30 year old. In our job the most important is to be fair in your decision. To feel or have some idea, knowledge about how they can behave. I’m so happy for him, he was fantastic today.

Of course he still needs to improve and learn. He’s so brave, braver than you expect, braver than the people expect. The first action was unbelievable, the people were pushing him and then he made a few mistakes because he wanted to play. But I prefer that players who make mistakes trying to play. I was a completely different type of centre back, not with his quality. I love the players taking risks and are brave like he is.”