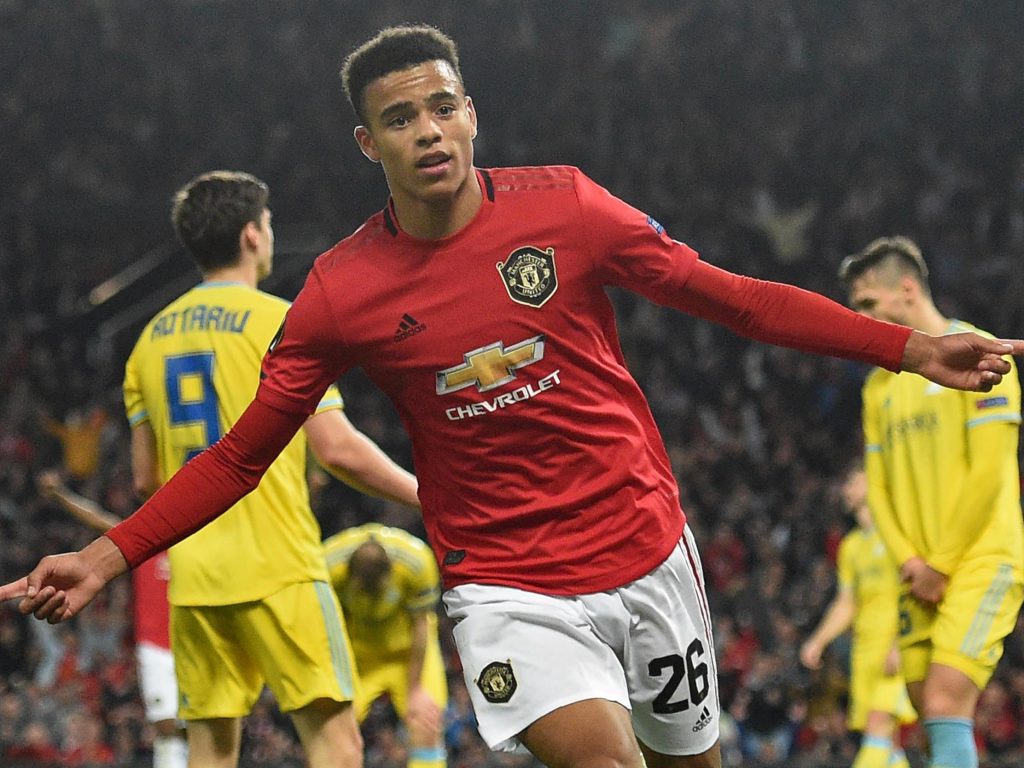 After scoring his debut goal for Manchester United in their UEFA Europa League opening win over FC Astana, Mason Greenwood has earned even more words of encouragement from manager Ole Gunnar Solskjaer.

The teenager became United’s youngest ever scorer in European competitions, eclipsing his peer Marcus Rashford when he finished with style to prove why he’s so highly touted. However, Solskjaer has admitted that keeping him out of the team will now be very difficult because of his impressive performance.

Speaking before the game against West Ham United in the weekend, he said, “It’s always hard to keep players who perform well out of the team. I remember when I came in here… and if he keeps scoring goals, he’ll play.”

“If he keeps scoring goals when he’s on the pitch he’ll get more minutes in the Premier League as well, and he’ll get his first start [in the league this season] soon.”, he further added as well.

With Paul Pogba and Anthony Martial ruled out of the crunch Premier League encounter on Sunday, the 17-year-old could be in contention to start once again. After watching his heroics against Astana, against whom he dazzled with his bright movement, 100% dribbles and tackles completed along with creating one chance, he should be in contention for getting more exposure.

While his inexperience players a big part in Ole Gunnar Solskjaer possibly hesitating on giving him the push, Greenwood’s currently among the best finishers in the team according to the gaffer himself. Juan Mata is getting the preferential treatment in Martial’s absence, as he brings that creative edge to United’s game now that Pogba is on the treatment table.

Daniel James looks set on the left-wing after having an emphatic start to his United career itself with three goals in five games. However, with their right-wing still experiencing issues, perhaps playing a natural finisher like Greenwood could be the way to go for United. After the way he brilliantly cut into his right foot to finish masterfully, the two-footed striker is an asset cutting in from the right.

He was a marvel in United’s youth system last season with 42 goals in 44 appearances, scoring left, right and centre against players of his age group. Going by his clinical strikers’ instincts, he could tap in with some crucial goals in the next few months to help United maintain their place in the top-four.

Solskjaer is evidently very high on him and will start him in the cup competition games, but perhaps taking a gamble with starting him against West Ham can bring rewards knowing the 17-year-old’s hunger for goals.