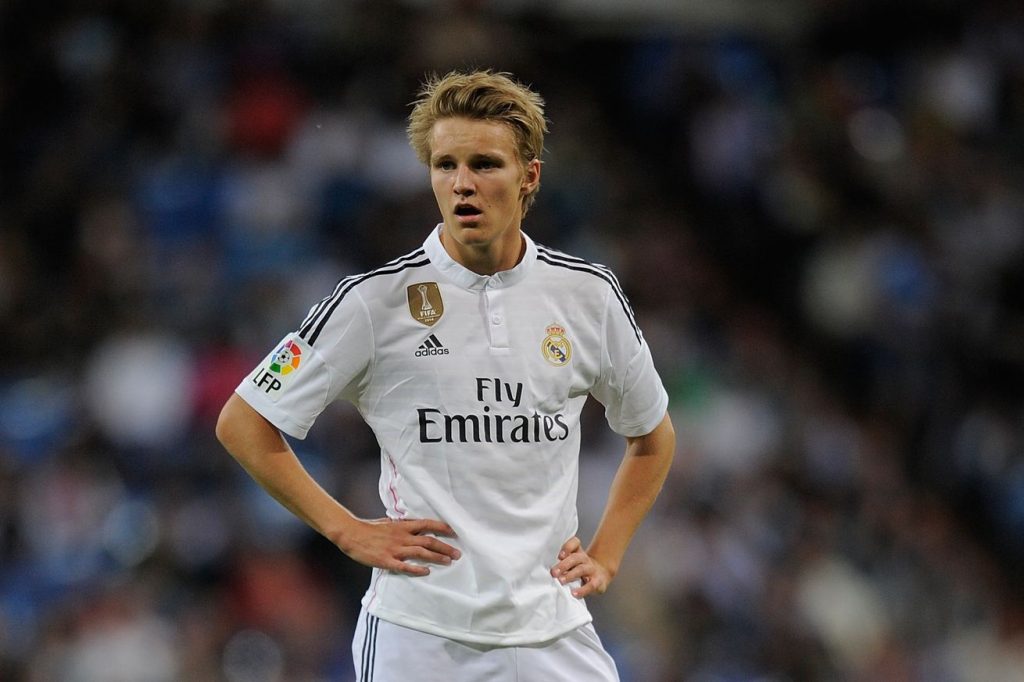 Odegaard arrived at Real Madrid in the January transfer window of 2015, aged just 16. After promising loan spells at Vitesse and Real Sociedad, the midfielder was expected to play a more influential role at the Bernabeu for the 2020/21 campaign.

However, things haven’t worked out as planned for the Norway international. He has featured just nine times in all competitions, making just three league starts while failing to register a goal or an assist.

Marca are reporting that the player has demanded a loan move this January in search of regular playing time.

The article states that manager Zinedine Zidane wishes to keep Odegaard at the club for the time being due to a lack of quality attacking midfielders in his squad. Isco and Marco Asensio are the only other players at Real Madrid capable of playing in the central attacking midfield role.

Should Los Blancos grant Odegaard’s wish, there will be no lack of interest in the playmaker. During his year at Real Sociedad, he proved himself to be one of the finest creators in the division; only Lionel Messi and Jose Campana created more chances prior to last season’s lockdown break (via Squawka).

Some of this interest is likely to come from the Premier League. Here are a couple of English sides who could take him in on loan this January.

It’s no secret what Arsenal’s problem has been this season – they simply haven’t scored enough goals. No team outside the Premier League’s bottom eight has netted fewer than the Gunners’ 23 this season, while talisman Pierre-Emerick Aubameyang has just five.

Things have started to look up for Mikel Arteta’s men recently, winning five of their last six, scoring 13 while conceding just one. Youngster Emile Smith Rowe has been the main source of chances, assisting three while also bagging a goal in the FA Cup win over Newcastle United.

However, it remains to be seen whether this form will be maintained. Arsenal have a tough run of fixtures coming up, facing the likes of Manchester United, Manchester City and Leicester City from now until the end of February. This should be a real test of their progress.

If they’re looking for a more proven attacking midfielder, then Odegaard could be the right man to get more goals out of Aubameyang. And, if he does well enough, he could help them make an unlikely push for a European spot.

From one North London side to another.

On the surface, things are looking absolutely fine for Tottenham Hotspur. Only Liverpool, Leicester and Man Utd have scored more than them, and only Man City and Aston Villa have conceded fewer. They’re still in contention for the title, and have reached the Carabao Cup final.

However, this doesn’t tell the full story. While Mourinho has got the Lilywhites well organised at the back, his frontline has been heavily reliant on the brilliance of Harry Kane and Heung-min Son. The pair have directly contributed to 28 of Tottenham’s 33 league goals this term.

The departure of Christian Eriksen, coupled with Dele Alli’s loss of form, has left a gaping hole in Mourinho’s side, which new arrivals Gareth Bale and Steven Bergwijn have been unable to fill.

Ultimately, what Spurs need is someone to lighten the load on Kane and Son’s shoulders. Because, right now, one injury is all it would take to end their title chances. Odegaard could be the Eriksen replacement that they have been looking for.