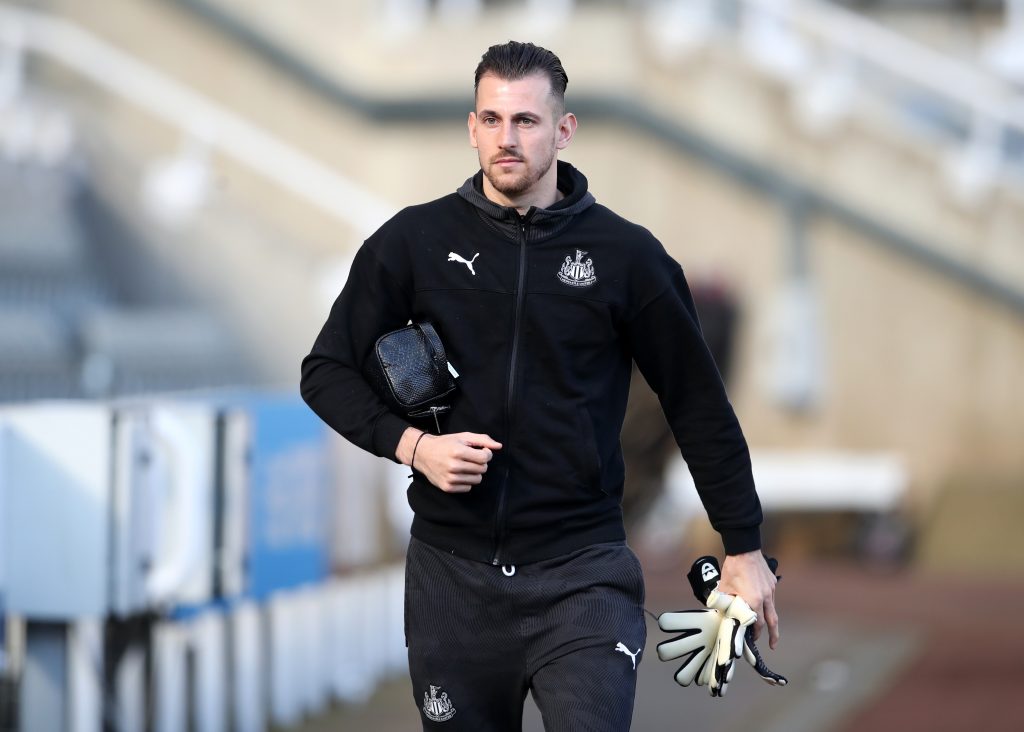 Martin Dubravka faces a race against time to be ready for the clash with Tottenham Hotspur this weekend, having pulled out of another game on international duty.

Dubravka joined up with the Slovakia national team for the international break last week but was missing for the Malta game on Saturday due to stomach problems.

Slovakia then faced off against Russia on Tuesday night, but Dubravka once again missed out.

National team manager Stefan Tarkovic revealed the day before the game that Dubravka was suffering some health problems.

This stomach complaint has raised questions over whether Dubravka will be fit for the game Newcastle game on Sunday.

The Chronicle reported on Wednesday he is ‘still hopeful’ of featuring against Tottenham, but suggest that Newcastle will have to monitor his progress in the run-up to the clash.

Dubravka has only featured four times for Newcastle in the Premier League this season, missing a large chunk of the campaign due to a heel injury.

The Slovakian then found himself on the bench for several matches before recently returning to the side in place of Karl Darlow.

It will be a tough ask for Steve Bruce to keep his Newcastle team up, but if the Magpies can get their best players fit and firing, they have every chance.

Newcastle have suffered without star striker Callum Wilson and winger Allan Saint-Maximin recently, but both players could return to the squad on Sunday.

That would be a significant boost for a side who will face off against Liverpool, Arsenal, Leicester City and Manchester City before the end of the season.

With those two recovering and Dubravka staying fit, Steve Bruce’s side have a fighting chance of staying in the division.