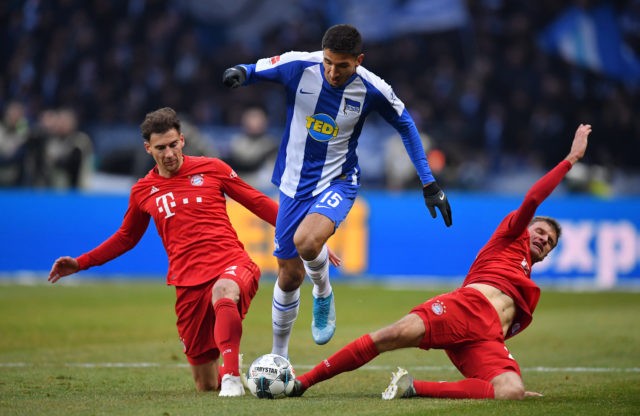 Marko Grujic was Jurgen Klopp’s first signing at Liverpool but he has hardly featured for the Reds.

The Serbian joined the club in 2016 from Red Star Belgrade for a reported fee of £5.1 million but has only featured 14 times for Liverpool.

The 24-year-old midfielder hasn’t featured at the club since December 2017. He spent the second half of the season of the 2017-18 season at Cardiff, before joining Hertha Berlin on a two-year loan deal. The German club paid Liverpool £2m for his loan deal and have agreed to pay his wages in full.

Liverpool have lots of quality and depth in their midfield and players like Jordan Henderson, Georginio Wijnaldum, Fabinho, Naby Keita, James Milner and Alex Oxlade-Chamberlain are all competing for places.

Grujic understands that there is a lot of quality midfielders at the Anfield club, and it will be a big challenge for him to get into the squad. At the same time, he feels he is at the stage of his career where he needs to make a wise decision about his future.

Klopp is an admirer of his talent but he hasn’t had any discussion with Liverpool regarding his long-term future at the club. Grujic is happy at Bundesliga and is learning German as well. He has a contract at Hertha till June, and after that he will return to Liverpool for a pre-season.

At the moment, football in the UK has been postponed, and no one has a clue when it will resume. Grujic has a contract at Liverpool till 2023, and a big summer lies ahead of him.

“That challenge is so big,” Grujic told The Athletic. “Those boys have performed so well this season, which I’m happy about. There are a lot of quality midfielders at Liverpool. It’s honestly hard to get a chance.”

“I’m not a youngster any more. At the age of 24, I’m at the stage when I need to be making important steps in my career. I need to think and I need to be clever about what happens next. Is the best thing to stay in Liverpool and wait for a chance or is it time to have another loan or move to another club? At the moment, I don’t know the answer. Everything is still open.”