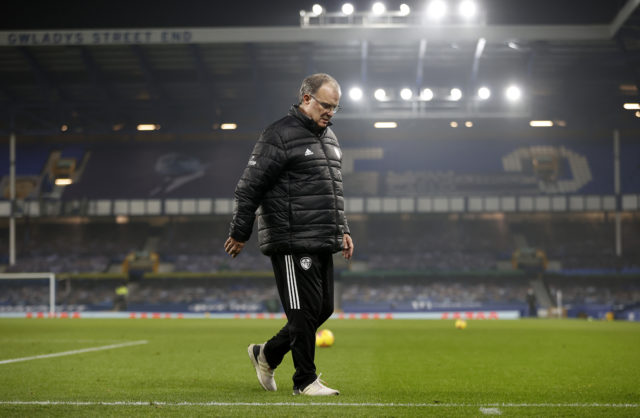 Leeds United will face Newcastle United in the Premier League on Wednesday night at Elland Road.

The Whites are struggling to find consistency after an impressive start to the season, and have managed only one win in their last six games.

The Yorkshire club are heading into this game on the back of two successive defeats (Chelsea and West Ham), and Marcelo Bielsa’s side will be looking to return to winning ways.

Leeds have managed only one win at home this season, but BBC pundit Mark Lawrenson feels they should be able to pick up all three points against the Magpies.

Steve Bruce’s side have won back-to-back league games, including an impressive 2-0 win away at Selhurst Park.

They find themselves 12th in the league table, although the football played under Bruce has not always been spectacular.

Newcastle fans have often voiced their frustration about the inconsistency showed by the team, and Lawrenson predicts a 2-0 defeat for the Magpies.

The former great Liverpool defender has made a valid observation about Leeds. He says that the Whites are ‘naive’ at the back, and has predicted that it ‘is going to cost them’ at times this season.

“Leeds are naive at the back and that is going to cost them at times this season.

Yes, they created some good opportunities against West Ham on Friday night but the flipside of that was that the Hammers were able to play right through them.

I don’t see this Newcastle side doing that to them though, so it might just come down to whether Marcelo Bielsa’s team can take their chances this time.”

Leeds have conceded 22 goals this season already, and it has left everyone flabbergasted including Bielsa himself.

What has been really frustrating for the Whites fans is that Leeds are conceding goals from set-pieces in almost every game, and they are hardly learning from their mistakes.

The problem at the back has been exacerbated following the injuries to two key defenders earlier this month.

Germany international Robin Koch has gone under the knife following a knee injury, and he will be out for three months.

Another summer signing, Diego Llorente – who has just managed one Premier League appearance so far – is also out for a while with a muscle injury.

Newcastle will be heading into this game with loads of confidence, but whether they can tactically outwit Leeds remains to be seen.