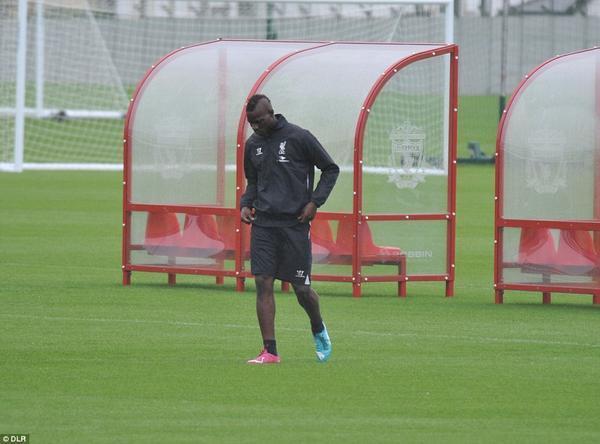 Liverpool’s latest summer signing Mario Balotelli has revealed the chance to play with young players at Anfield was the reason behind his decision to choose the Premier League runners up.

The Italian international completed his switch to the Merseyside club from AC Milan for a reported fee of £16m on Monday. The former Manchester City striker becomes the Reds’ ninth signing of the ongoing summer transfer window.

“Liverpool are one of the best teams here in England. The football is very good here. It’s a great team with young players, and that’s why I came here,” Balotelli told his new club’s official website.

“I didn’t expect [reception from fans] it because I’ve always been playing against Liverpool. Whenever I played against Liverpool, the fans weren’t nice with me but that’s normal – it’s football!”

“Now that I play for Liverpool, I can see the expectation in people. They’re very happy and that makes me very happy at the same time,” he said.

Balotelli has already played in the Champions League with Inter Milan in 2010. However, he did not play a major role in helping the Serie A giants defeat Bayern Munich in the finals. He is hoping to play a crucial role for Liverpool this season.

Do you think Mario Balotelli is a good signing for Liverpool? Leave your opinions below in the comment section.