Mario Balotelli can be as good as Ronaldo or Messi 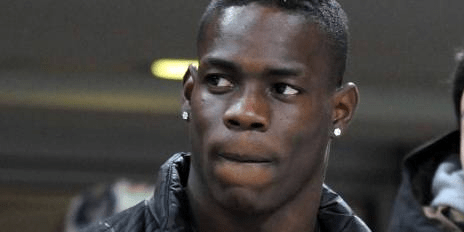 Manchester City manager Roberto Mancini insists unpredictable striker Mario Balotelli can be as good as Cristiano Ronaldo or Lionel Messi if he applies himself in the right way.

Balotelli is currently struggling with a back problem he picked up while on international duty and his manager made the comments before the club’s match against Real Madrid. He insists Balotelli is one of the best strikers in football but his unpredictability means he is not held in the same esteem as the Real Madrid and Barcelona strikers.

Mancini said earlier in the year that the forward was capable of producing match winning performances, scoring two or three goals in a game but could easily get sent off in the first minute of the next match. This unpredictability has led to him being in and out of the side often missing some of City’s most important matches.

Mario Balotelli is actually under a little bit of pressure at Manchester City because he has only scored two goals this season which have come in the League Cup and the Champions League. He has played nine times for City in the Premier League starting five games and making four sub appearances without scoring a goal.

Mancini has often commented on how Balotelli lets his antics off the field distract him from his job and vice versa. He does not play up to the role model figure because he has been involved in some very random actions away from the pitch such as setting off fireworks inside his own house and throwing darts at trainees because he was ‘bored’.

If he applies himself then in terms of technique he is one of the best strikers that City have. He is tall and quick which allows the talented players in the City midfield to either feed the ball to him from central areas and he is also quick enough to play on the shoulder of the defence and chase through balls which are played round the sides or over the top of the defence.

He is great entertainment for football fans when he’s playing for City and when he’s not playing for City. The point that Mancini is trying to get across is that he could be admired for the way he plays football and not because he is just a very random and unpredictable individual when it comes to every day life.

The fact he’s still only 22-years-old means he is unlikely to mature any time soon and if his stats don’t improve this season then the club could be willing to move him on in the not too distant future. His relationship with Jose Mourinho at Inter Milan was not at all good so it will be interesting to see how the pair interact if Mario Balotelli is fit enough to at least make the substitutes bench for the important European tie.