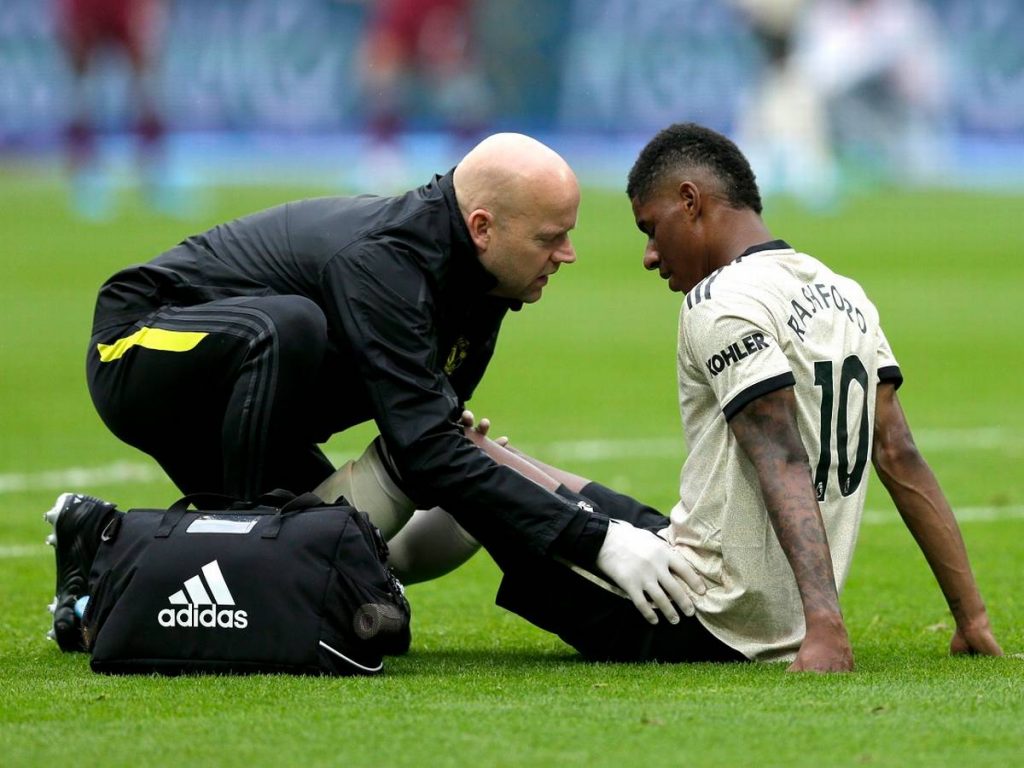 As if the disappointing 2-0 loss to West Ham United wasn’t enough for Manchester United on Sunday, but their injury list just kept growing with Marcus Rashford the latest victim of suffering a knock during the game.

The England international seemed to run himself to the ground, clutching his hamstring area and being substituted just after the hour mark.

United were forced to play without a traditional striker for the last half-hour, struggling to break the Hammers defensive resolve and being unable to score a goal for the first time this season.

He said, “He felt his groin. We’ll do a scan tomorrow to see how badly he’s injured. I don’t know how long he’ll be out, I’m not a doctor. But he’ll probably be out for a little while.”

However, he did give a tiny ray of hope by sounding hopeful that his striking options Anthony Martial and Mason Greenwood are both back before the crunch game against Arsenal.

He added, “Hopefully Mason and Anthony will be back for the Arsenal game and at least one of them for Rochdale.”

Rashford looks unlikely to recover in time for the Monday Night clash against Arsenal, which will be a must-win game for United to stay in the top-four hunt. The England International struggled against West Ham, frustrating fans with another disappointing performance.

While the 21-year-old did get behind their defence on occasions, he lacked that lethal finishing ability and couldn’t get a single shot in to test Lukasz Fabianski. This obviously didn’t help after he missed a few sitters against Astana in the UEFA Europa League opener last week.

Solskjaer defended the England international’s poor showing in Europe, stating it’ll still take time for him to find his rhythm as a centre-forward.

When asked about having worries on his form, the Norwegian said, “I don’t worry about that, no. We’re working every single day in training with Marcus. He wants to improve, wants to be better.”

Moreover, he added, “Rashford is still young, he’ll improve. You won’t hit your peak as a striker until you’re 26 or 27.

“He’s still learning what finishes to make in different circumstances.”

With Rashford being the latest to go into the treatment table, United fans will be left hoping Martial and Greenwood are back to full fitness soon. Paul Pogba’s closing in on a return, as Solskjaer will hope his big guns start firing again to ease the mounting pressure on him.