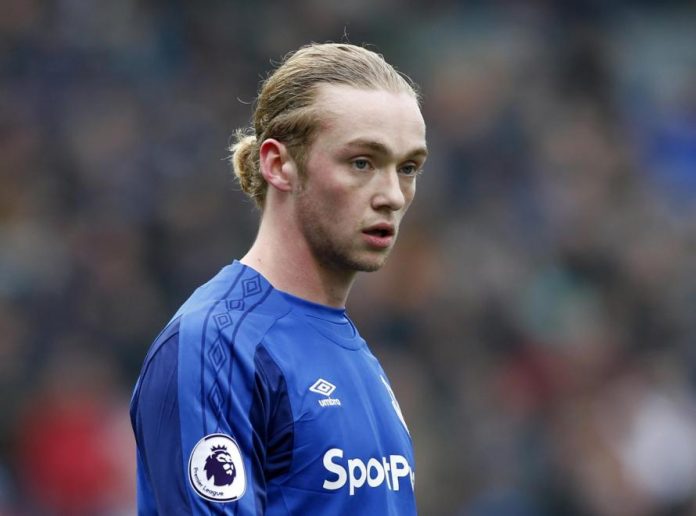 Big things are expected of Tom Davies who came through the youth ranks at the club and made his senior debut for the Toffees in 2015.

The 20-year-old has made six appearances for the Toffees this season, including five starts, and is thriving well under the tutelage of Marco Silva.

The Everton boss has said to the club’s official website that Davies is working hard in training, but he still needs to improve.

The Portuguese boss has been impressed by Davies’ attitude in training, and even handed the youngster the captaincy on occasion.

Davies played in Everton’s final match before the international break in their 2-1 win over Leicester, where he played till the 71st minute and picked up a yellow card.

However, Silva insists that Davies still needs to improve if he wants to cement his starting role at Everton.

“For me, [the captaincy] is not the most important thing,” Silva said to the club’s official website. “Tom performed well [against Leicester] because he is working hard.

“He feels the support from the technical staff and his teammates which they give to him. He is a boy – 20 years old – and he needs to improve.

“But he will improve and we are here to support him.”

Davies is a highly rated young talent, and it seems he is liked by the Everton boss. He remains one of the brightest prospects in Everton’s team, and Silva is getting the best out of him.