The Marco Reus transfer saga has just got a lot more interesting. According to leading German tabloid Bild, the Borussia Dortmund winger is very unlikely to move to close rivals Bayern Munich.

Reus will almost certainly be leaving the Signal Iduna Park at the end of the season, with the German available for just €25 million next summer. The Premier League was touted as a possible target for the 25 year-old, with Manchester United and Chelsea said to be very interested in signing him.

According to the story on Bild though, his next destination may very well be Spain. Real Madrid are rumoured to have a clause which gives them the first option to buy Reus, even though Dortmund have denied this. The Los Blancos may still be frontrunners to sign the German. Manager Carlo Ancelotti is obviously a big fan, labelling him the “best German player next Kroos and Khedira”. The other two, of course, already play for Real. 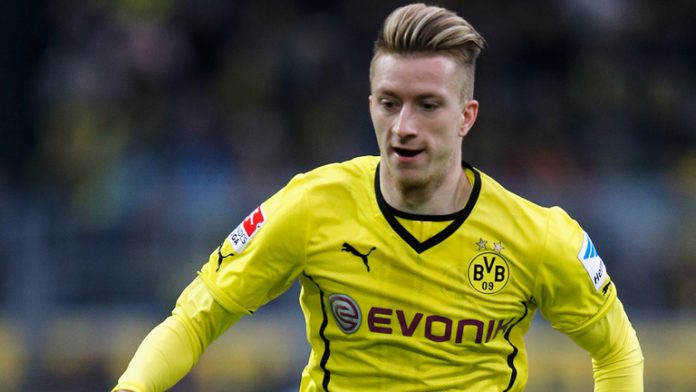 It is understood that Reus has been taking Spanish lessons for the past three weeks. Another side looking at the possibility is Real’s close rivals Barcelona. The Catalans are currently banned from any transfer activity, but that may change by the end of the season.

Bayern Munich, on the other hand, have had no talks with Reus, the player’s agent has confirmed.

Despite being currently sidelined with a long-term injury, Reus has 5 goals to his name this season. The following video some of the highlights from the skilful midfielder’s campaign: