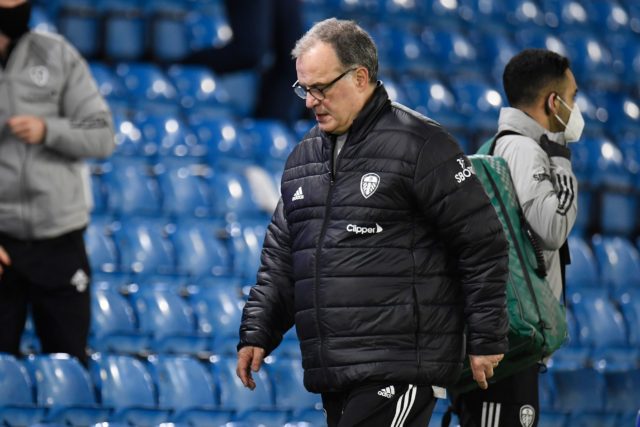 Leeds United suffered their third consecutive defeat in all competitions after they lost 1-0 against Brighton and Hove Albion in the Premier League at Elland Road on Saturday.

Neal Maupay scored the winner against a lacklustre home side that ended Brighton’s run of nine league games without a victory.

After the match, Bielsa was asked whether he was worried by the lack of quality of chances being created by his side, to which the Argentine replied, as quoted by Leeds Live:

“I link that to the last two games, not the game against Tottenham,” he said. “Anyway, this causes me worry because the fluidity to attack is not the same in the last two games from what we have been used to.”

Leeds haven’t scored since the New Year, and they have looked very flat against Tottenham Hotspur and Brighton in the Premier League.

The home side missed the energy and quality of Kalvin Phillips in the last match, and Pascal Struijk failed to provide the necessary balance in midfield.

Are Leeds becoming too predictable? Bielsa hardly makes changes to his playing set-up, and the Argentine is not the type of manager who changes his system frequently.

Another theory that is doing the rounds is that Leeds players are suffering from fatigue as the system demands a lot of pressing and running.

Leeds have been very inconsistent so far. When they are in full flow, they have demolished sides (5-0 vs West Bromwich Albion) but at other times they have looked completely flat.