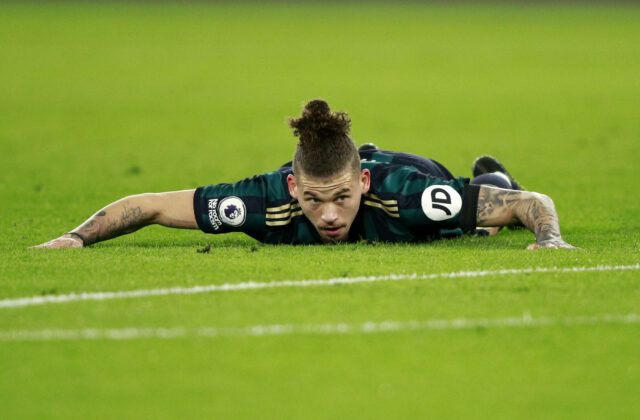 Jesse Lingard and Craig Dawson scored for the Hammers as they moved up to fifth in the Premier League table.

Leeds played in their usual relentless style, and Bielsa was left disappointed that they failed to score despite dominating the match for a long period.

The Whites looked fresh after getting a nine-day break since their 1-0 defeat against Aston Villa and welcomed back Phillips from injury.

Bielsa said after the match that the England midfielder added balance to the side and was one of the best players on the pitch.

Bielsa, as quoted by Leeds Live, said: “Very good. It’s very difficult to play the way Kalvin played today after having been out for a month.

“He didn’t commit any errors in the general line. I saw him defend well, and I didn’t see him make mistakes with the ball.

“Perhaps at the start of the game he was a decisive factor in that we played so well in those initial minutes.

“And in the second half he gave balance to the team. I don’t have it clear yet whether in that 30 minutes that we were dominated if he was a factor in this or if his performance declined, but the feeling I have is that he was one of the best players for us in the game.”

The all-or-nothing approach from Leeds has paid dividends this season, but they need to improve their form.

Leeds have picked up only two wins from their last seven games and are struggling for consistency. However, the return of Phillips is a massive boost.

Bielsa’s side will face Chelsea in their next Premier League game. The Blues are in tremendous form at the moment, and Leeds will have to be at their best to get something out of this fixture.

In other news, check out the Champions League Round of 16 previews.