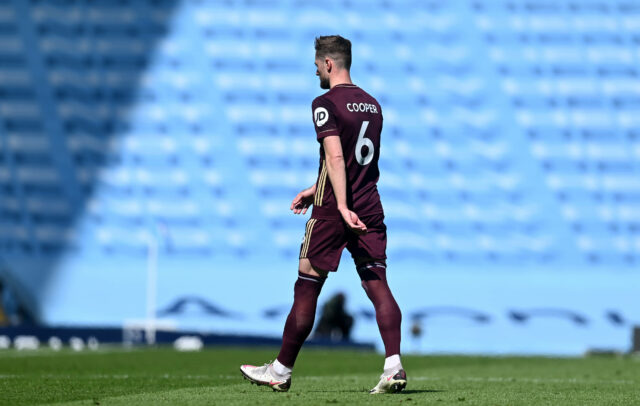 Leeds United will face Burnley in their next Premier League game at Turf Moor on Saturday.

Ahead of the match, Marcelo Bielsa has confirmed that Leeds skipper Liam Cooper is available for selection once again.

Cooper was absent during Leeds’ 3-1 win over Tottenham with a gluteus injury last weekend.

Before that, the Whites skipper was suspended for three games after he was sent off in Leeds’ 2-1 win over Manchester City last month.

Bielsa has now confirmed that he is fit to play against the Clarets.

“He has recovered his health – he hasn’t got any injuries which prevent him from participating,” said Bielsa as quoted by Leeds Live.

The Argentine has got a near-fully fit squad to choose from for the trip to Turf Moor, with just Helder Costa, Joe Gelhardt and Adam Forshaw missing.

With Raphinha and Kalvin Phillips all returning to full fitness, Bielsa now faces some tough decisions while selecting his team.

Bielsa added: “Having so many options, the decisions become more difficult.

“But it’s important to consider that to be healthy is the primary condition to opt for a space inside the team but to be ready physically, sportingly, is not only to be healthy and to have a good physical performance but to transform this into a football performance.”

Cooper is an influential player for Leeds, but it will be interesting to see whether he comes straight into the starting line-up.

Pascal Struijk has deputised in his absence, and the Dutch defender has done remarkably well. He has formed an effective partnership with Diego Llorente and was impressive in the last few games.

Forshaw continues to recover from his long-term injury, while Costa won’t play any part for the rest of the season.