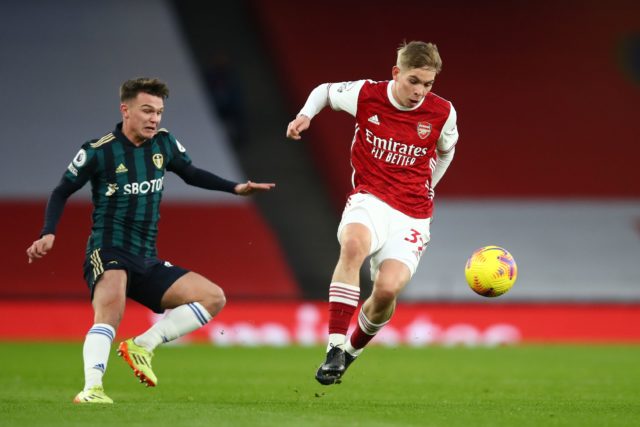 The 21-year-old is a highly-rated young talent, and Bielsa has said he trusts him completely.

The Argentine has described him as a “very serious” player who is an “important alternative” for Leeds United.

“I believe in Shackleton as an important alternative for Leeds United. He’s in a similar process to that of Pascal (Struijk),” said Bielsa to Leeds Live.

“The only thing is that Pascal has a continuity that Shackleton hasn’t been able to have. I consider him a player that I can trust, and I’m satisfied with what he has brought to the team.

“Apart from that, he is a very serious player, very applied and very conscious of what is needed to play at this level.”

The young midfielder has made three starts in the Premier League this season and was impressive in the 1-0 defeat against Wolverhampton Wanderers.

Bielsa rates him highly and feels Shackleton has what it needs to succeed at this level. At the moment, he can’t offer him regular game time, but the youngster is making great progress under the Argentine.

It will be interesting to see whether Leeds sign a defensive midfielder in the summer. Phil Hay has recently suggested that the Whites want to sign ‘like-for-like’ cover for Kalvin Phillips.

Struijk can play in that role, but he is more effective playing as a central defender. Shackleton has the potential to fill that role, while the likes of Robin Koch and Diego Llorente are other alternatives for Bielsa.

Leeds play Southampton tomorrow in the Premier League, and Shackleton is expected to start in midfield with Phillips still out injured.