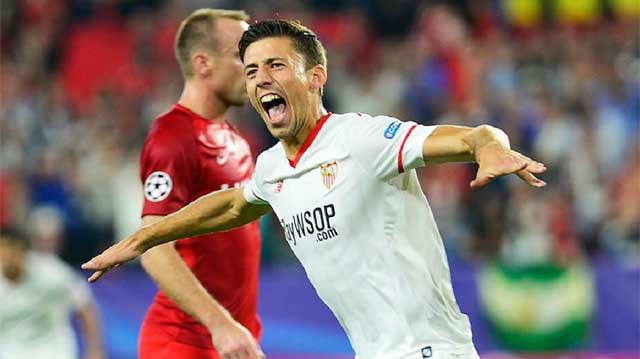 Everton director Marcel Brands has revealed that the club wanted to sign Clement Lenglet from Sevilla this summer.

Brands said: “With the central defender, from the beginning, we had Mina on our list and Lenglet on our list but he went to Barcelona quite early in the market so it was quite simple for us: go for Mina”.

The Toffees have had an impressive window this summer but one has to wonder how good a signing Lenglet could have been. The former Sevilla man is a world-class talent.

Although there is no doubt that Mina is highly talented as well, Lenglet has already proven himself in La Liga and he is more likely to make an instant impact.

The 23-year-old has already played close to 150 games at club level with Nancy and Sevilla.

Lenglet’s arrival would have totally transformed the Everton defence and the Toffees would have a had a potential superstar at their disposal.

The Frenchman joined Barcelona for a fee of €35 million and Mina cost Everton a similar amount.

It will be interesting to see how the Colombian settles into English football now. The expectations will be high and the 23-year-old will have to adapt quickly.