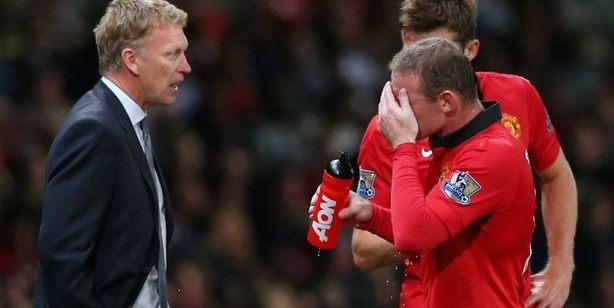 Wayne Rooney was the star of the show as Manchester United and Chelsea were locked in a stalemate draw at Old Trafford on Monday night.

The focus immediately shifted back to the maverick’s future, after Chelsea boss Jose Mourinho has given him 48 hours to decide if he wants to leave Manchester United and move to Stamford Bridge.

Chelsea have had two bids rejected for the Englishman and Mourinho added that the Blues had been given enough encouragement to pursue on the player. The Portuguese is willing to wait till Wednesday to hear something concrete from the player, before moving on to other targets – with Anzhi Makhachkala’s striker Samuel Eto’o understood to be the possible alternative.

He added: “It depends on this [Rooney’s decision]. It depends on his reaction and his feelings. If now he doesn’t want to leave, we are out of the thing. But we need to know. We need to know what is happening.”

Rooney’s relationship with previous manager Sir Alex Ferguson almost reached beyond repairs towards the end of last season and his sulky feelings has only exacerbated with the arrival of his former mentor David Moyes, who in an interview during the pre-season said that the former Everton star would play as a second fiddle to Robin van Persie, leaving the striker feeling angry and confused.

The 27-year-old came on as a sub in the opening match of the season against Swansea City and was directly involved with the last two goals, as United won 4-1 at the Liberty Stadium comfortably.

Rooney produced a brilliant performance against Chelsea on Monday night and received great reception from the Old Trafford faithful. Manchester United have made their stance clear from day one that remains intact even today, which is, Rooney won’t be sold in the summer, even if he hands in a transfer request.

Will Wayne Rooney say ‘No’ to Chelsea and remain at Old Trafford? Or will he go public and force through a move?