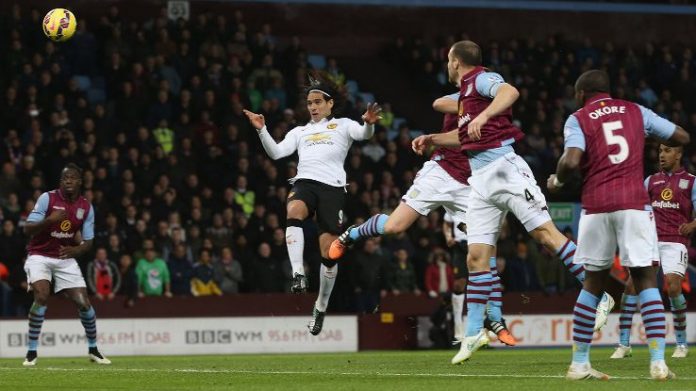 Confidence over-flowed Manchester United camp, after the Red Devils humiliated arch-rivals Liverpool 3-0 in the Premier League at Old Trafford, so much, that several United players spoke about a potential title challenge.

Despite a lot of catching to do with league topper Chelsea, Wayne Rooney was confident that United could erode the deficit.

“I think we have to believe we can win the title,” said the United skipper, as quoted by Sky Sports.

“We are eight points behind and coming into a busy period. If we can win our games and the others have one bad result, then there is nothing there.

“We have to keep winning our games, hopefully get back to the top, and you never know.

“We won the league two years ago and we weren’t great in a lot of those games but we got the results.

“We have shown a great resilience this season. Some of the games haven’t gone the way we would like but we are winning them and that is a great quality to have.

Michael Carrick, echoed his skipper’s strong words, said the team is not looking for the third sport, rather they are aiming for the top.

“I don’t want to say we are going to win the league, but certainly at this point, it is what we are aiming to do,” Carrick said as quoted by The Telegraph. “We are not just looking to be happy for top three or top four.

Although they remain undefeated, following their 1-1 draw against Aston Villa at Villa Park, their six-games winning run came to an end.

Villa Park is known to be a happy hunting ground for United, and despite having numerical advantage in the match, failing to secure a victory was seen as a disappointment, with Louis van Gaal claiming it as “two points dropped.”

When Van Gaal was asked if United could win the title, the Dutchman said, via Daily Mail: “No, because you have seen that you have to win these matches and we didn’t win. But there is still a long time to go.”

Indeed, that is a true assessment from the United manager. There is no need to put up an unnecessary pressure on your shoulders by speaking about title challenges as early in December when a lot of things can happen till the end of the January, for good or bad.

The hallmark of a champion team is to get the results when things are not going on your way, a signature style that made Sir Alex Ferguson’s team so special. They could sneak out victories even from the jaws of defeat.

However, more often than not, under Ferguson, the results were the obvious consequences of a strong performance. Frankly, that hasn’t been the case under Van Gaal. Based on what we have seen, United still need time to get over this transition phase and actually challenging for the title.

The Dutchman himself has said that performance needs improving along with the results. It will be unfair to say that United rode with luck, but to get the desired results, performances is the basic requirement.

How can you talk about title race in December? The real pressure begins once you approach the final few months. United’s title ambition, hyped by their players, falls flat on their faces – it ended before it actually blossomed. In fact, it was never there at all.