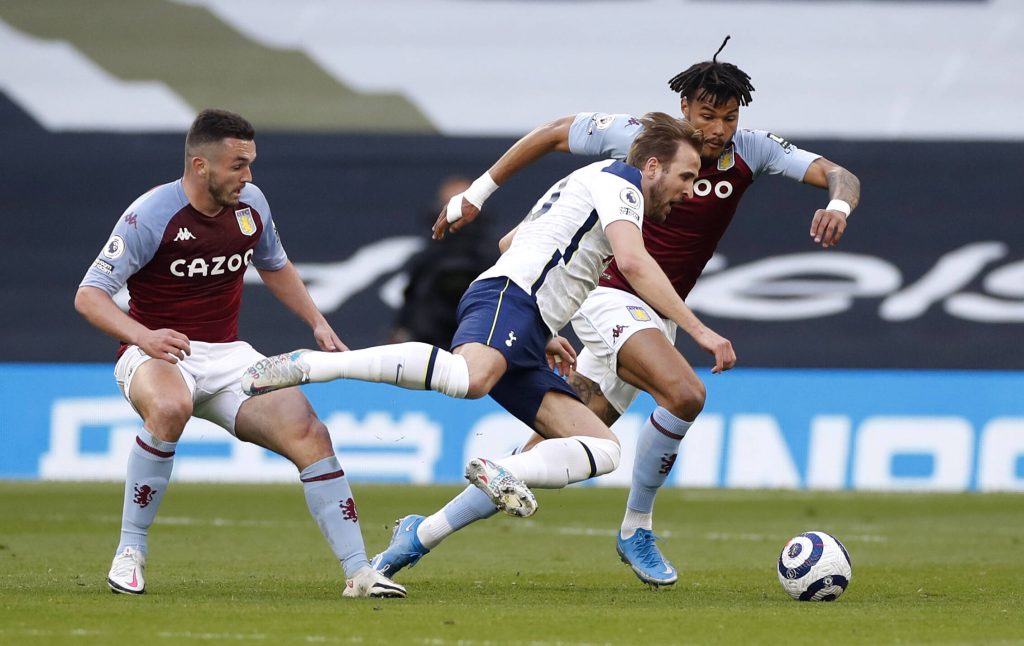 Harry Kane wants to leave Tottenham Hotspur this summer to pursue silverware and glory, and Manchester United’s England stars are hoping to convince him to move to Old Trafford.

The 27-year-old is also on the radar of Chelsea and Manchester City, with the latter reportedly being his preference.

However, Red Devils trio Marcus Rashford, Harry Maguire and Luke Shaw will try and lure him to join them at the Theatre of Dreams during the European Championships, according to The Sun.

Kane’s desire to leave Tottenham has been the talk of the Old Trafford dressing room, with Uruguayan hitman Edinson Cavani also speaking up.

A source told The Sun that the South American star has not been shy in telling everyone how highly he rates his Spurs counterpart, getting his message across despite his limited communication in English.

While Kane’s arrival would keep Rashford on his toes and provide the Man Utd academy graduate with fierce competition for playing chances, the players are said to be excited about the thought of playing with him.

The Red Devils stars reckon he would fit well into manager Ole Gunnar Solskjaer’s system as the team likes to play on the counter-attack.

Cavani is a veteran striker with lethal finishing prowess and instincts like Kane, and having the duo in the Man United attack would be massive.

The 34-year-old has bagged 10 Premier League goals in 13 starts and 13 substitute appearances for the Red Devils this term, recently earning a one-year extension for his impressive campaign.

Cavani has six goals across other competitions and has been a huge boost to Man Utd’s striking department despite his age.

Kane has scored the most goals (22) and made most assists (13) in the current Premier League season ahead of today’s final round of games, and it is clear to see why the Uruguayan legend and his teammates want him at Old Trafford.

However, Spurs chairman Daniel Levy is unlikely to sanction an exit for his £150 million-rated striker except suitors pay up.

With three years still left on his current contract, Kane could find it hard to force his way out of N17, and Man Utd players and fans will be keeping a keen eye on this potential blockbuster transfer saga.

In other news, here is how Ian Wright has reacted to Kane’s desire to leave Spurs.