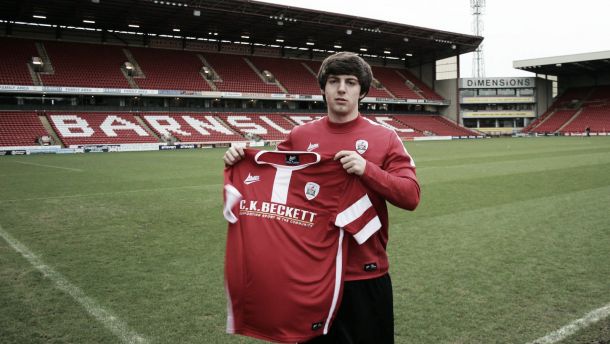 Manchester United have agreed a deal to sell the 21 year old English midfielder Ben Pearson to Preston for a fee of £100,000.

The talented young midfielder has been at the club since the age of nine and spent the last year on loan at Barnsley.

According to Daily Mail, after agreeing a deal for Ben Pearson, Preston manager Simon Grayson is pushing for another Manchester United midfielder.

Grayson is an admirer of Nick Powell and wants to sign the Manchester United midfielder on loan for the remainder of the season.

The report states that the likes of Nottingham Forest, Wolves and Brighton are also interested in the highly rated United central midfielder.

Manchester United are well stocked in the central midfield department and a loan move for Nick Powell makes complete sense. The young midfielder has failed to make his mark at Old Trafford since his arrival in 2012.

At this stage of his career, Powell needs to play regularly and a loan move away from Old Trafford would be best for all parties involved.