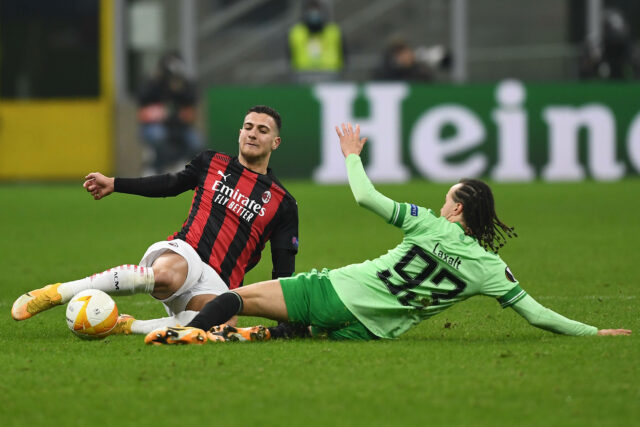 Manchester United are unwilling to let Diogo Dalot leave the club this summer, according to reports from La Gazzetta dello Sport.

United paid £19 million to sign Dalot from Porto, but he failed to make an impact at Old Trafford.

Dalot spent the majority of last season on loan at AC Milan. The Italian giants are keen to sign the player, while former Everton manager Carlo Ancelotti wants him at Real Madrid.

The Portuguese defender wants to join Milan, but United have decided to keep him at the club.

It seems Ole Gunnar Solskjaer has been left impressed with his performances on loan, and he feels Dalot can play a big part at Old Trafford this season.

United’s decision will come as a blow for Everton.

The Athletic recently claimed they are interested in signing the 22-year-old, with Rafael Benitez keen to strengthen that department.

The Toffees are looking to sign a long-term replacement for Seamus Coleman, while Jonjoe Kenny is deemed surplus to requirements at the club.

Everton are also interested in signing PSV Eindhoven and Netherlands right-back Denzel Dumfries, but there have been no developments on that front.

Dalot would be a smart signing for the Toffees, but it seems United are not too keen to offload him, either on loan or permanently, this summer.