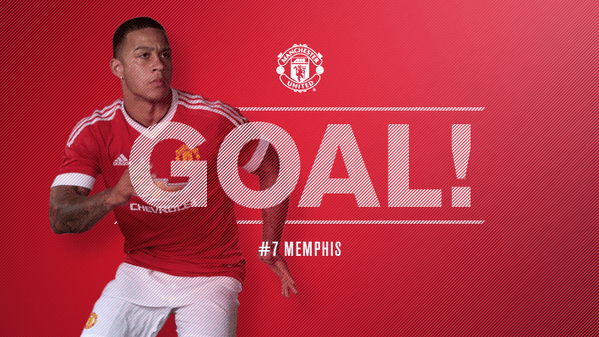 Fresh from an impressive Champions League victory, Manchester United turn their attention to the Premier League, where the Red Devils will be hoping to maintain their perfect start to the league campaign, by earning full three points against Newcastle United on Saturday lunch time.

Manchester United followed up their 1-0 win over Tottenham on the opening day with another victory over Aston Villa by the same scoreline. Six points from the opening two games – Louis van Gaal couldn’t have hoped for a better start.

Also, for the first time in a year, Champions League returned to Old Trafford and the home side didn’t disappoint in the midweek, securing a 3-1 win over Club Brugge in the two-legged play-off tie.

Off the pitch, there’s still a lot of work to be done.David de Gea hasn’t featured yet for the club this season as he continues to be linked with Real Madrid, however, Sergio Romero, his deputy, has done well so far, keeping two clean sheets in the Premier League.

United suffered a major blow this week on the transfer front, as the club missed out on signing two major summer targets. In a dramatic turn of events, Pedro Rodriguez joined Chelsea on Wednesday, despite the Spaniard having agreed personal terms with United. Another reported target, Argentine defender Nicolas Otamendi joined rivals Manchester City on a five year contract.

Newcastle United are still looking for their first league win under new manager Steve McClaren. The Magpies drew their opening match against Southampton, and followed up with a defeat to Swansea City last time out.

These are still early days for the new manager, who is still getting to know his new squad, but the former Nottingham Forest manager needs to get results under his belt to boost confidence among the players.

On the transfer front, Newcastle United will be boosted by the arrival of Florian Thauvin, who joined from Marseille this week. Remy Cabella, who struggled last season with the Magpies, heads in the opposite direction, as a part of the deal.

Manchester United midfielder Maraoune Fellaini will be serving his last of the three match ban, and therefore suspended for this tie. Phil Jones remains absent with thrombosis.

Argentine defender Marcos Rojo is doubtful for this game, while Louis van Gaal has confirmed that De Gea will not be picked until after the transfer window.

Newcastle defender Daryl Janmaat is banned after he was sent off at Swansea in the last match. New signing Florian Thauvin could make his debut on Saturday.

Paul Dummett, Sylvain Marveaux and Steven Taylor all remain absent while Moussa Sissoko and Siem de Jong are doubtful for the match.

3 – Manchester United have won their last three matches vs Newcastle

7 – Newcastle have lost their last seven away games