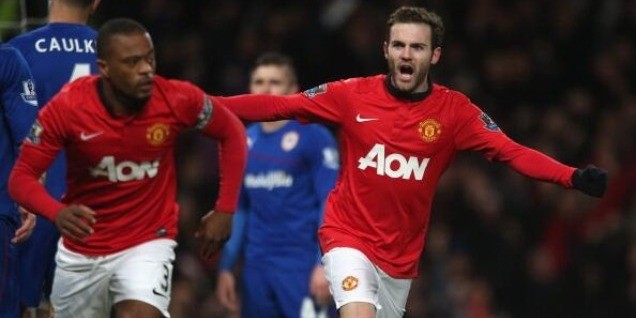 The Spaniard, who completed his £37.1m move from rivals Chelsea last week, started the move that led to Robin van Persie’s opener, and bagged an assist of sorts for Ashley Young’s devastating second.

Mata made 52 passes during the game, more than any other who has made their debut as a Manchester United player , and had a pass completion rate of 86.5%.

It was certainly a good night’s work for the diminutive 25-year-old, who starts off life in red with a morale-boosting win.

Twitter has reacted to Mata’s debut, with the majority of United fans seemingly loving every minute,

Looked like Mata made a decent debut. Some nice touches. Just adds class to that United team. Having RVP and Rooney back not bad either

Mata’s head still looks photoshopped onto a United player. I still can’t believe Chelsea sold him to us.

What do you think? Were you impressed with Mata’s performance? Did you expect more from the Spaniard? Let me know in the comments below…