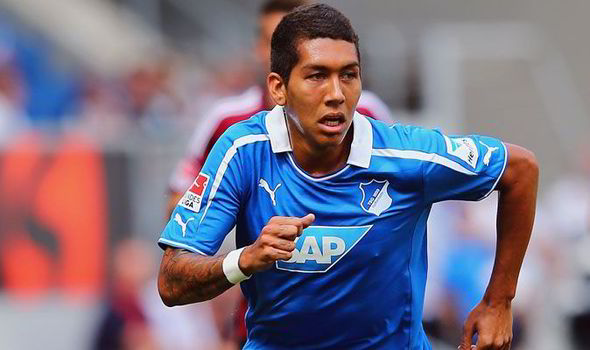 Hoffenheim sensation Roberto Firmino is bound for the Premier League, his agent has confirmed. The attacking midfielder has been linked with a move to Manchester United for a while now, and these comments fuel further speculation that he will be plying his trade at Old Trafford next season.

Firmino’s agent Roger Witmann told German newspaper Bild, as translated here by the Guardian, “All I can say is that he’s moving to England.” He refused to reveal the exact club to which his client would be moving.

The Brazilian has been on the radar of Europe’s top clubs in the past couple of seasons with some outstanding performances for Hoffenheim. After scoring 22 goals in all competitions in the 2013/14 season though, his form dipped a bit last year, as he could only manage 10. But the demand for his signature still remains.

The versatile playmaker can feature in a variety of positions, including behind the striker and on the left wing. Manchester United have already brought in a similar player in Memphis Depay, but manager Louis van Gaal obviously feels the reason to further strengthen the squad. The Red Devils finished in the top 4 last season to make a quick return to the Champions League, but are looking to equip themselves to challenge for the title next year.

Firmino is currently with his national side at the Copa America and came on as a late substitute in yesterday’s 2-1 victory against Peru. He has 3 goals in 7 appearances for Brazil.

The 23 year-old will cost United (or any other Premier League club that wants to sign him) something in the region of €25-30 million. Liverpool have also been rumoured to be interested in signing Firmino.

He will join a whole host of attacking midfielders from Brazil, and will want to make an impression just like Willian, Oscar and Philippe Coutinho have with their respective sides.