Some big changes took place at Manchester United this summer. Twelve months after Sir Alex Ferguson had stepped down after 26 years in charge at Old Trafford, the club’s image as a footballing giant had diminished somewhat. A miserable season last year under David Moyes saw the Red Devils finish in 7th and fail to qualify for the Champions League. Moyes was duly sacked towards the end of the campaign.

Now, under Louis Van Gaal, United are looking to change things. A spending spree of over £100 million saw the club bring in some world-class talent, in a bid to win back the Premier League title and establish themselves as one of the elite once again. Despite the overhaul though, things haven’t turned out as planned. 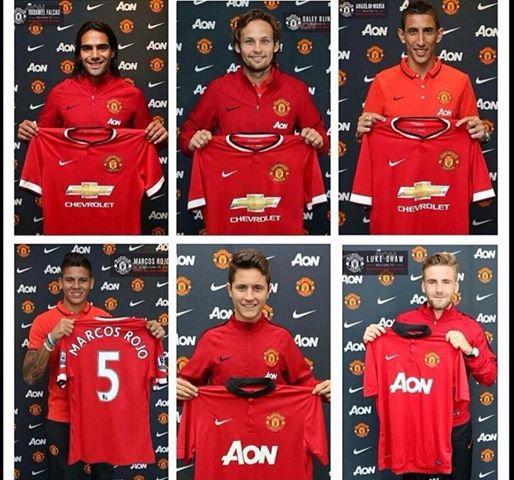 United’s season has got back on track following a very indifferent start, and they have broken into the top 4 after Sunday’s win over Arsenal. But they are still a long away from being anywhere near potential champions.

The race for Champions League places this season is going to be extremely close. Southampton, Arsenal, Liverpool, West Ham United and Tottenham Hotspur are all involved along with Man United, and assuming that Chelsea and Manchester City are complete sure-shots, a real scrap is set to ensue for the remaining two places.

Failure to qualify for Europe’s biggest club competition once again would be a big blow to United. Their finances have already taken a big hit after last season, and if it happens again, they may be forced to sell some of their biggest players.

One such player is Angel Di Maria. The winger arrived from Real Madrid for a Premier League record fee of £59.1 million and has made an immediate impact, scoring 3 and assisting 6 in his first 10 appearances. The Argentine though, is still very much on the radar of Paris Saint-Germain, who failed to land him the summmer.

The French champions face disciplinary action if they fail to comply with UEFA’s Financial Fair Play (FFP) regulations, a major reason why they chose not to pay the monumental fee for Di Maria. Reports today in French magazine Le 10 though, state that PSG are still keen on getting their man in the future.

United will struggle to foot the hefty wage-bills of several of their star players unless they can get back into Europe’s elite. Di Maria earns around £200,000 per week, Robin Van Persie pockets £250,000 per week, while captain Wayne Rooney takes home £300,000 per week.

The club may be in a position where they are forced to sell Di Maria if a good offer comes along. The 26 year-old also recently expressed his love for PSG, who, unlike United, are certainly headed in the right direction and are expected to seriously challenge for the Champions League trophy in the coming years.