The Arturo Vidal saga drags on. Not a single week has passed in the last two-three months, when he didn’t feature in the transfer columns of any newspapers in Italy, England and Chile. He is the sole generator of hits for websites and selling copies for newspapers.

But does anyone really know what’s going on in the Vidal saga? We have had all sorts of reports – player interested, Juventus willing / unwilling to sell, Manchester United keen / hesitant to sign him, Vidal’s keen injury is a problem, personal deal agreed & what not. What stands still is that Vidal is still in Italy and representing Juventus.

Gazzetta dello Sport reported yesterday that Manchester United had reached an agreement to sign Vidal. And within 24 hours later, the stance has changed. They claim United have indeed offered €43m for Vidal but it was rebuffed. 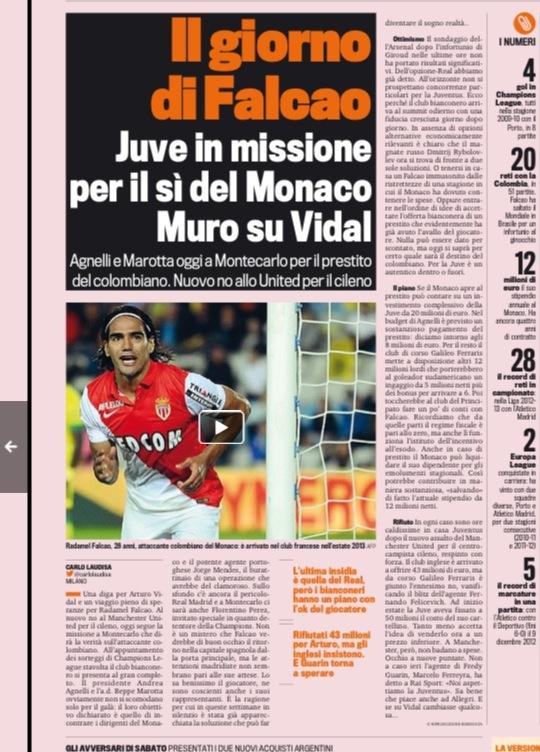 According to reports from Sportmediaset, Manchester United are hellbent to sign him and are willing to offer him €8m per year wages to lure him from Turin.

They also claim United ready to use Javier Hernandez and Shinji Kagawa along with cash offer to sweeten the deal.

Juventus feel that time is running out of them to find a good alternative and therefore selling Vidal could be too risky.

Manchester United probably understands that as well and thereby have shifted their targets elsewhere, with reports from Portugal suggest, the Red Devils are looking to sign their long term target William Carvalho at a cut-price deal.