Manchester United have been linked with a move for the world class Paris Saint-Germain striker Zlatan Ibrahimovic this summer.

According to reports, Jose Mourinho and the player want a reunion at Old Trafford and the forward is guaranteed to move to the Premier League and play for Manchester United next season.

Ibrahimovic is out of contract this summer and has refused to renew his deal at the French club. Despite offers from China and MLS, it is understood that Zlatan Ibrahimovic wants one last challenge and the Premier League is his choice of destination.

The 34 year old striker has been in supreme form and scored 50 goals for PSG last season. The Swedish superstar can definitely be the catalyst Manchester United need to win trophies next season.

The Premier League giants are in desperate need of a clinical number nine and signing Zlatan on a free is as good as it gets. He could be the perfect mentor for Martial and would add leadership qualities to the dressing room as well. 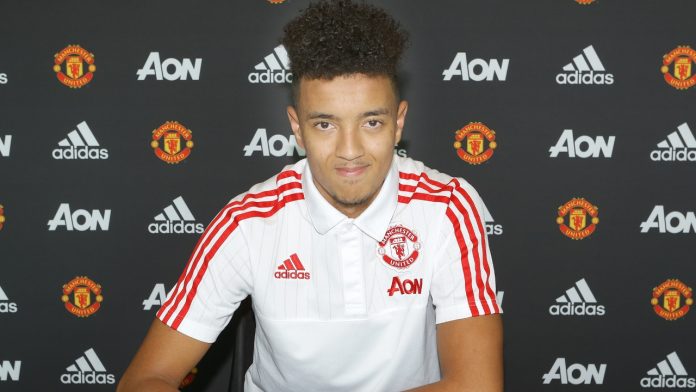 Meanwhile in other news, Cameron Borthwick-Jackson has signed a new deal at the club.

The young left back has signed a contract which will keep him at the club till June 2020. There is also an option to extend it for another year.

Executive vice chairman Ed Woodward said: “Cameron is one of a number of young players to come through our academy to make their first team debut last season. This is something that our club has always done and promoting the academy and U21 players is something that makes everybody associated with the club very proud. I’m delighted that Cameron has signed his new contract and look forward to seeing him in the squad for many years to come.”

Cameron Borthwick-Jackson said: “I have grown up at United and have enjoyed every minute of being here. Last season was an incredible experience to make my first team debut and a dream come true for myself and my family. I feel it stands me in good stead for continuing my development as a Manchester United player. I will continue to work hard and take advice from the manager and his coaching team to improve with every training session.”

Borthwick-Jackson has been a revelation under Van Gaal and managed to slot in effortlessly in place of the injured first choice left back Luke Shaw.

The young English full back came through the club’s academy and his rise will be a major inspiration for other young academy players looking to make the grade at Old Trafford in future.

It will be interesting to see if Mourinho treats him the same way as Van Gaal and gives him more first team chances next season. A loan move to another Premier League club could also do him a world of good.