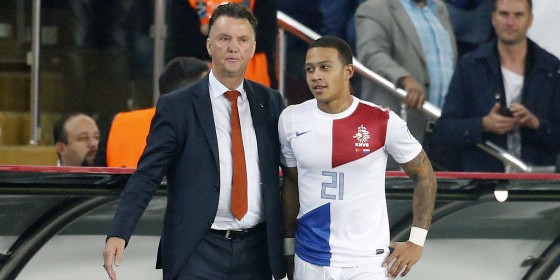 While we know that, if pushed, the media would happily link the likes of Ron Vlaar and Leroy Fer with a move to Manchester United, with Louis van Gaal’s closing few months in charge of the Dutch national side giving the press at least 30 potential links (soon to be 23, when the 62-year-old trims his World Cup squad)!

One story that has gathered pace in the last few days stems from the speculation surrounding wonderkid Memphis Depay. The 20-year-old PSV winger was called up by Van Gaal for this summer’s tournament in Brazil, and is an extremely exciting prospect; with the Dutch press now preaching the validity of the Manchester United link.

Dutch media outlet ‘Voetball International’ report that the young attacker is interested in a move to Old Trafford, and his agent Kees Ploegsma junior has not ruled out the possibility of an exit, but only after the World Cup:

“Memphis should just concentrate on the World Cup and there to show what progress he has made. Then we’ll see.”

The report states that a fee of around €20m would be enough to prise the youngster away from the Philips Stadion.

Blessed with blistering pace, a fierce shot, and an eye for a set piece, Depay is one of the rising stars in Dutch football. He managed 13 goals and eights assists from 38 appearances last year, and is expected to be one of the more interesting young talents at the World Cup this summer.

With Robin van Persie up top, Van Gaal on the touchline, and a summer target waiting to explode onto the scene; United fans may well be keeping an eye on the Netherlands next month! 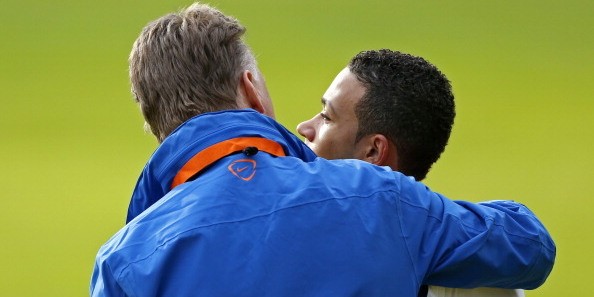