India
Home News manchester united the next step for fergusons side 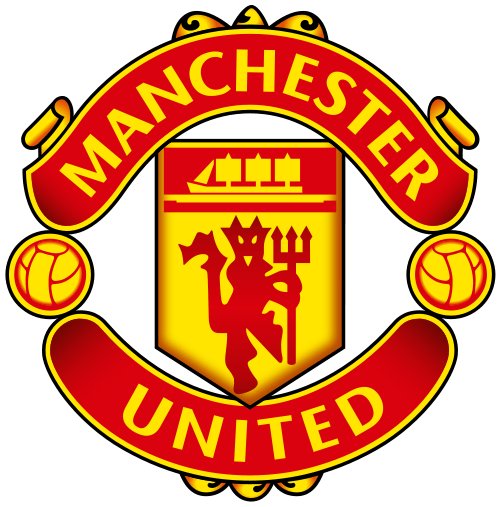 After a poor season by Manchester United’s standards, many fans will be calling for dramatic change when the transfer window re-opens in July. Sir Alex Ferguson’s side undeniably came up short in Europe this year. First, they crashed out of the Champions League group stages, and then in the same month, they lost in the first knock-out round of the Europa League after double defeats to Athletic Bilbao.

The first team is clearly lacking in strength and quality, particularly in midfield and defence. Pressure needs performance, and performance needs top-class players. Recently Man United have been linked with a number of players in a variety of positions, hopefully Ferguson will look to invest in new talent within the next transfer window. Maybe then, United will be able to mount a realistic challenge for Europe against the likes or Barcelona, Real Madrid and Bayern Munich.

Domestically the Red Devils have coasted this year. Considering how weak the current side is, I’ve been surprised at how well we’ve been able to compete with Manchester City at the top of the table. I think it’s probably down to greater experience and a small amount of luck that United still sit in first place.

David De Gea and Andres Lindergaard are both looking pretty safe in goal. Since the second half of the season De Gea has been extremely impressive, having become a lot tougher in and around his own 6 yard box. It’s likely he’ll be United’s number 1 for many years as he looks to fill the boots of EdwinVan Der Sar.

This season has revealed how indispensable Nemanja Vidic is to United. His absence has clearly been felt as United have struggled defensively in a number of games. It’s also clear that the rest of the defence is ageing, for instance, Rio Ferdinand and Patrice Evra. Ferguson took action at the start of the season by bringing in Phil Jones and Chris Smalling, but these two players are still learning. Perhaps a more short term option should be explored to fill the void, at least until our young stars have enough quality to win Premier League titles.

After seeing his development at Barcelona, I still feel the sale of Gerard Pique was a huge loss. He could have been the player United are now looking for.

Recently, United have been linked with a number of full-backs, namely Leighton Baines, Jetro Williems, Filipe Luis and Jordi Alba. With Fabio leaving the club and Patrice Evra in ‘decline’ it seems apparent that United will look to invest in at least a new left back. Although, the right back earlier still poses problems, hopefully either Rafael or Chris Smalling will step up next season.

The weakest area of United’s team arguably lies in the Central Midfield players. Ferguson’s plan to bring Paul Scholes back into the team for the second half of the season seems to have done the job. But it’s questionable whether he will last another season in the top flight. Plus Darren Fletcher’s long term illness means he won’t appear for the foreseeable future. due to these circumstances, Michael Carrick is the teams best option in the middle of the park. But, at 30 years old, even he is not going to be playing for the long term. Hopefully United will look to bring in one or two central midfield players to fill the current space.

Wesley Sneijder is a player who has been linked with United for the last few seasons. He admitted himself that he would have joined the Manchester club in summer had a formal bid been made. Following Inter Milan’s poor season now would be an ideal time for him to move to England. He would provide attacking flair in the United midfield that they are so dearly missing, although his wage demands of around £250,000 per week may put Ferguson off. It’s questionable whether Sneijder would be a worthwhile investment. I would love to make him a United player. However, Luka Modric is another player suitable for this role. After Tottenham’s poor finish to the season, the Croatian may be more inclined to make a move away for White Hart Lane.

Within the last 12 weeks United have been linked with various other central attacking midfielders, including, Javi Martinez & Iker Muniain, who both play for Athletic Bilbao, Mesut Ozil (Real Madrid) and Mario Gotze. Any of these players would be an improvement to the current midfield. But, all would be a compromise, I feel Ferguson should focus his attention on a proven midfielder i.e. Sneijder.

It’s a long shot, but as a United fan, I would love to see Clint Dempsey at Old Trafford. He’s a player I greatly admire; In my opinion he’s hugely under-rated. He’s exactly the type of player we are looking for, plus, due to Fulham’s financial situation, he could be signed for a smaller fee.

Rumour has it Ferguson’s team are looking to bring in another winger before next season. Recently the papers have been full of rumours regarding the potential transfer of Benfica player Nicolas Gaitan. On top of this, Fergie has been to France to watch Lille winger Eden Hazard. Both players clearly have remarkable talent. But do United need another winger? With Antonio Valencia, Ashley Young, Luis Nani and Park Ji-Sung, the wide areas seem well accounted for. All of the players mentioned above could easily make the first team of any other Premier division side. Is United’s transfer budget better off being spent on strengthening other positions?

In attack United’s team is strong. When Javier Hernandez has been fit he’s been scoring goals, whilst Wayne Rooney has been impressive as always. Danny Welbeck has also been a star of this season having netted in a number of important matches.  I think Ferguson should probably look to sell Dimitar Berbatov. He’s a player who definitely still has something to offer in the Premier League and I’m sure he would be a leading striker for various other clubs in England. But at United he simply isn’t going to get the playing time. Money from this transfer could then be used on improving other areas of the team.

Clearly a lot of work is needed if the team is going to be ready for next season. For a realistic chance of challenging in the top European competitions, Ferguson is going to have to spend money. If this doesn’t happen United could easily begin to fall behind domestically. City and many other Premier League teams are only going to bring in better players, as more money becomes available in the top flight. Potentially, a new United manager in the next few years could make huge changes to the team. I’d love to see Jose Mourinho replace Ferguson when he eventually retires; I feel he would really take United in a positive direction.

But, for now, United’s top players are beginning to consider retirement; experience alone will no longer carry the team to league titles and success. Realistically, huge investment is needed this summer for United to stand a chance at competing with top clubs next season.

As a passionate supporter of the club, I truly hope the money is made available for Ferguson to spend.