Manchester United are in dire need of a defender in the upcoming January transfer window. The Red Devils are yet to plug the gap which had been left behind as all of Nemanja Vidic, Patrice Evra and Rio Ferdinand left the club in the summer. Manager Louis Van Gaal has had to field youngsters Taylor Blackett and Paddy McNair in central defense thanks to injuries sustained to Johnny Evans and Phil Jones. The United defensive line look extremely thin and in recent weeks Micheal Carrick and Deley Blind have had to fill in the centre back role in the defensive backline.

According to reports from Italian Media outlet Calciomercato, the Old Trafford side have identified Bresica’s young defender Racine Coly as one of their transfer targets for the upcoming transfer window. The 18 year old who is immensly versatile can play either as a centre back or in the left role has impressed with his calm and composed displays with the Italian side this season. 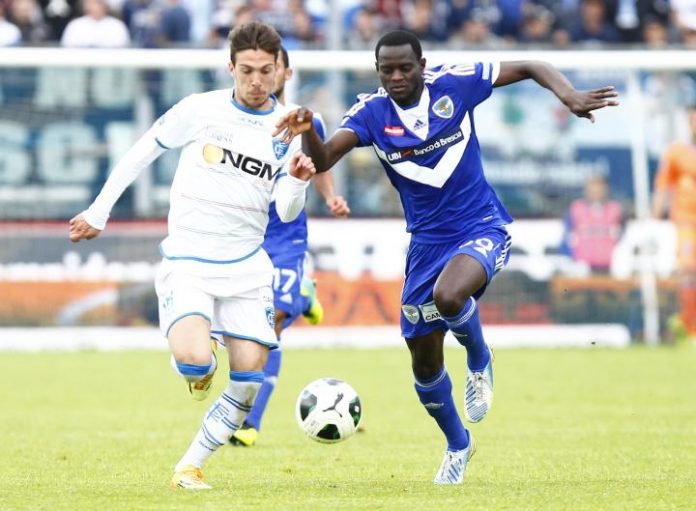 However it is believed that Serie A giants Roma already have a pre contract agreement with the player and are in pole position to sign to sign Coly in January. The Giallorossi already have Vasilis Torosidis and former Chelsea star Ashley Cole in their squad but manager Rudi Garcia believes that Coly will add to his team’s squad depth. United thus will now have to look elsewhere to sign a defender, which is the need of the hour.