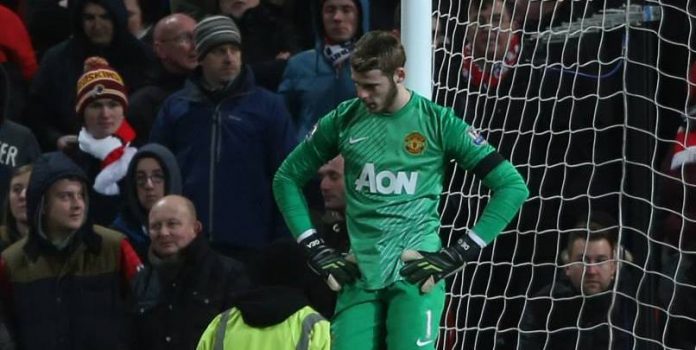 Manchester United’ 2-2 draw with Fulham on Sunday was, as David Moyes put it, ‘as bad as it gets‘, with the Cottagers’ Dan Burn rubbing salt into the wound by claiming United’s style of play was akin to Conference-level football.

Fulham defender Dan Burn, who made his senior debut for the club in January, has said that he felt comfortable with the style of Moyes’ side, and claims that it reminded him of games from the lowest rung of English football,

“I’ve never headed that many balls since the Conference,” said Burn. “We knew that was going to happen and I was happy for them to play like that.”

The struggling champions put in a Premier League record 81 crosses during the match, but only 18 successfully found a United player.

“I’m six foot seven so it helps when dealing with those sort of balls,” continued Burn,

“Manchester United still have amazing players – on another day they could have scored more often but we defended really well.”

“Their game plan was straightforward. They put crosses in from wide angles. We defended it well,” said Meulensteen

“If you are well-organised, it can be easy to defend against.”

The draw left David Moyes’ side 15 points behind Chelsea at the top of the Premier League, and more importantly, nine points adrift of Liverpool in fourth.

What do you think? Can United make fourth place? What did you think of the Fulham performance? Let me know in the comments below…