The summer is going to be massive for Manchester United. The new manager, Louis van Gaal will be given a hefty transfer war-chest and there will plenty of ins and outs. At least, we expect that to happen.

One of the players who might leave the club is young striker Danny Welbeck. The 23-year-old, who graduated from the club’s youth academy, is frustrated with the limited chances and the frequency with which he has been played out of position at Manchester United. 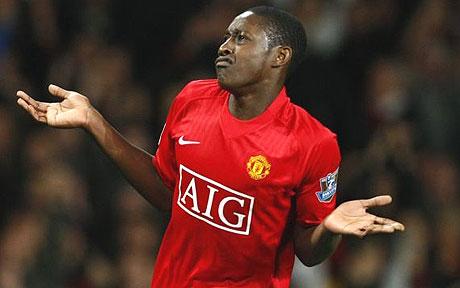 Welbeck spoke for the first time about the uncertainty of his future is still contemplating leaving the club, despite the new appointment of a new manager.

“I’d like to play centrally,” he said as quoted in The Guardian. “I’ve been playing on the left for a while and it’s got to the time when I want to stake a place up front.”

And Welbeck understands his chances to cement the place as a central striker next season is equally slim. Already the competition is provided by Wayne Rooney and Robin van Persie (even Javier Hernandez fails to get game), and should united buy Edinson Cavani, he would drop down the pecking orders at the club.

Welbeck’s advisors have already let United know that the England international is ready to leave the club and Tottenham Hotspur are among his admirers.