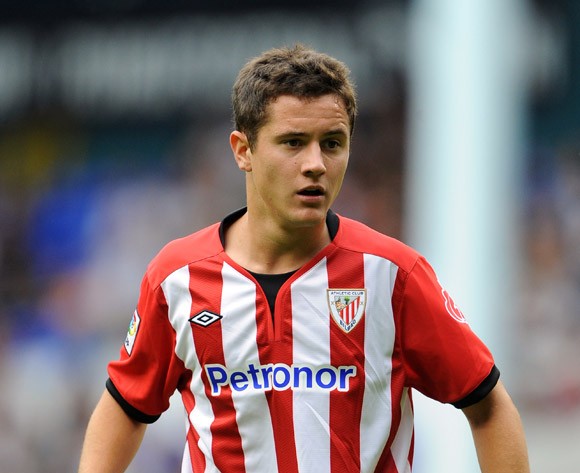 Manchester United finally have signed their long-term target Ander Herrera, after the Red Devils triggered his €36m buy-out clauses, reported by both Spanish newspapers, Marca & AS.

According to the report from Marca, the player has signed a four-year-deal with Manchester United where he will earn €3m per year, while the deal will be officially announced within Tuesday. He is currently in England to undergo a medical and all set to become the third Spanish player in Louis van Gaal’s team after Juan Mata and David de Gea.

To be honest, we are quite shocked with this report. Only couple of days back, agent of the player, Arturo Canales said he was unaware of any interest from Premier League clubs, further adding his client is happy in Bilbao focussing on the season ahead. 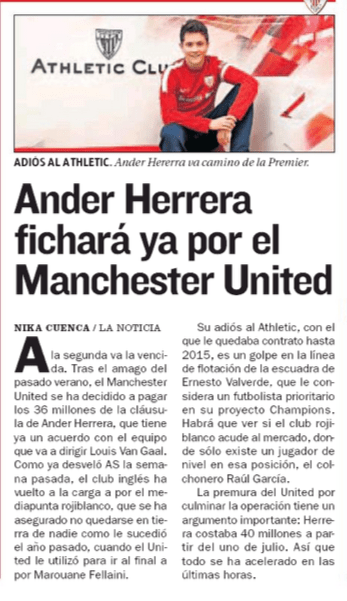 “There has been nothing new,” Canales said to Spanish newspaper AS. “There were rumours during the whole year, saying that United would try and sign him this summer, and even that [Jose] Mourinho wanted him for Chelsea, but we have not heard anything.”

“The player is focused on Athletic and nothing else,” he added. “Ander is on holidays and he is only thinking about the coming season with Athletic, because he is very excited about playing the Champions League with his team.”

And now AS reporting that United have already agreed a deal for the Spaniard. Last summer, United had lodged a €30m bid for Herrera but it was rejected. We will keep you updated on this, as we get more info about the deal.