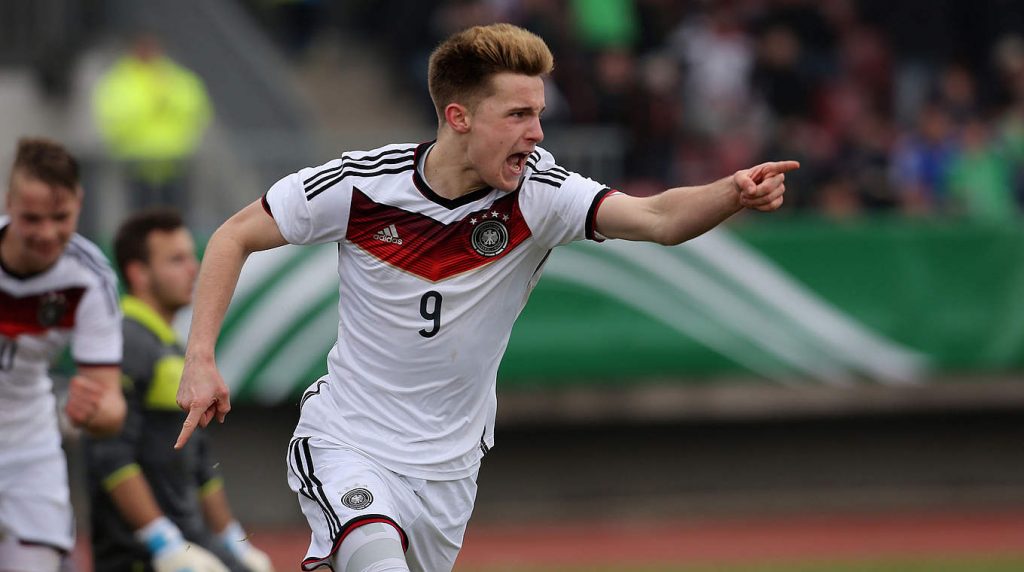 The 17-year-old is one of brightest attacking prospects in Germany right now and has been sensational for Werder Bremen’s youth team.

Eggestein has scored 22 goals in 16 appearances for the U19 side and is attracting a lot of interest from several German sides.

The likes of Leverkusen and Dortmund are also scouting the striker according to latest reports.

Eggestien is out of contract in June 2016 and Werder Bremen are in talks to renew his current deal. The German outfit are reluctant to lose their prized asset on a free transfer.

However, Bremen are currently in the relegation battle and if an exciting offer comes his way, Eggestein might decide to jump ship.

With the likes of Rashford and Keane already at the club, Eggestein would be another fantastic addition to Manchester United’s youth team.

The Old Trafford outfit are looking to secure the best young talents in world football and signing the prolific German would be a big step in the right direction.