Manchester United manager Louis Van Gaal is in talks with Andries Jonker, the former Wolfsburg coach to find out more about the Bundesliga left back Ricardo Rodriguez.

The Swiss international has been in splendid form over the last couple of seasons and made a real impact in the World Cup as well.

After a horrific injury to Luke Shaw, Manchester United have had to field centre backs or defensive midfielders as their left back and Van Gaal doesn’t see that as an ideal long term solution.

Although Luke Shaw has progressed a lot in terms of recovery, it is unlikely that he will return to his peak form anytime this season.

German magazine SportBild (via Sportwitness) have claimed that the Dutchman has worked with Jonker before at Bayern Munich and has asked his advice on the Wolfsburg left back.

Jonker worked with Van Gaal at Bayern Munich and is now an academy coach at Arsenal. The former Wolfsburg coach is a specialist with young talents. 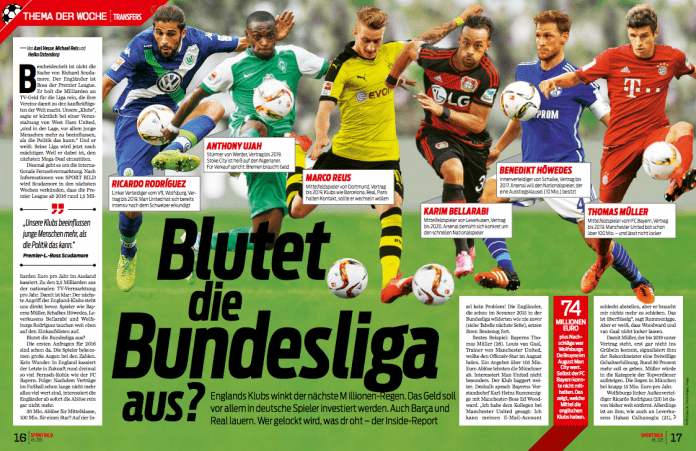 Rodriguez is regarded as one of the finest full backs in Europe at the moment and is only behind Alaba and Marcelo in terms of sheer ability.

Signing him would represent quite a coup for Manchester United and would add more quality to a already well organised back four.

Furthermore, when Luke Shaw is back from his injury both players will relish a healthy competition for the first team place and that can only benefit Manchester United and Louis Van Gaal.