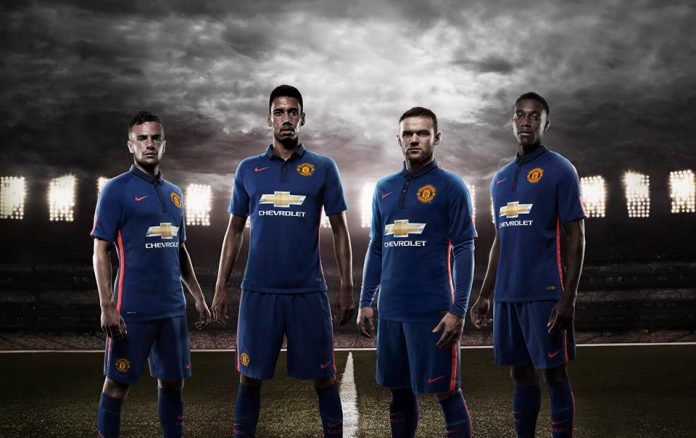 Manchester United have confirmed that they have released a third kit on Tuesday.

The new kit is blue in colour and is their third kit for the 2014-15 season. The Red Devils had released their home and away kit. Louis van Gaal’s side have played in the two pre-season friendly fixtures.

“For the much-anticipated 2014/15 season, ManUtd.com is proud to announce that Manchester United will wear a stylish and innovative new third kit,” a statement on United’s official website read.

“With two different tones of blue, the Nike design is inspired by the club’s tradition of wearing blue kits throughout the 1980s, as well as the iconic strip worn by Sir Matt Busby’s men during the 1968 European Cup final triumph over Benfica at Wembley.”

During their first pre-season 7-0 win over LA Galaxy, United were in their home kit. Meanwhile, United were wearing their away kit during their 3-2 win against AS Roma. They face Inter Milan on Wednesday mid-night.

You can see the third kit in action tonight, when Louis van Gaal’s side take on Inter Milan in Washington DC. #MUFCkit

United will be wearing their third kit for their game against Italian outfit Inter Milan, who will be led by the former United skipper Nemanja Vidic.