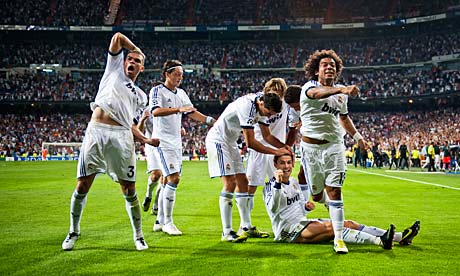 Manchester United and Real Madrid are traditionally the biggest football clubs in their respective countries, and they came face-to-face earlier in this season’s Champions League. The Spaniards prevailed before overcoming Galatasaray; they now face Borussia Dortmund in the semi-finals of the competition.

Despite the slim nature of Los Blancos’ victory over the English side, United can look to the Santiago Bernabeu for guidance in their efforts to get back to winning European titles.

Nani’s red card in the Old Trafford leg of the Champions League clash certainly changed the tie, however Madrid have a number of superior facets at their football club that United should look to in the search for European glory.

Dynamism and creativity in the centre of the park

Real Madrid’s embarrassment of riches in the centre of their midfield is a testament to their squad strength, and the key area where Jose Mourinho’s side are stronger than Sir Alex Ferguson’s. Xabi Alonso continues to be the passing master, however Manchester United do have the English equivalent in Michael Carrick.

However, it is the other respective players that separate the sides. United have Anderson, Ryan Giggs and Tom Cleverley to choose from, with Phil Jones a versatile player who can play as a stopgap enforcer.

Real Madrid have the energy and dynamism of Sami Khedira, the guile and craft of Luka Modric, and the passing ability and goal-threat of Kaka. With Mesut Ozil and Michael Essien able to play in the centre of the park also if required, Madrid have much superior options.

Manchester United need to bolster their midfield options in this summer’s transfer market if they are to challenge the very best.

Cristiano Ronaldo may well have been eclipsed in the race for the Ballon d’Or by Lionel Messi in recent years, but the Portugal international has single-handedly won games for Madrid on countless occasions, including against Barcelona earlier this season.

Ronaldo scored in both legs of the clash with his former club in the Champions League and will be a major facet in Madrid’s quest for La Decima. The problem United have is that world-class players do not grow on trees, and a player of his standard is near possible to obtain. However United have done it once before.

A talented but aimless teenage winger joined the Old Trafford side back in 2003, and was moulded into one of the world’s best. United’s scouting and coaching system may well be called into action to do the same again, with a new protégé potentially necessary for them to win the Champions League again. The last time they did was in 2008 – with Ronaldo in their team.

Since their triumph over Chelsea in 2008, United have been disappointing in the Champions League. Their superiority in the Premier League means that they at times go long spells without being overly tested – it is switching it on when you are playing against the best that sets you apart from the crowd. 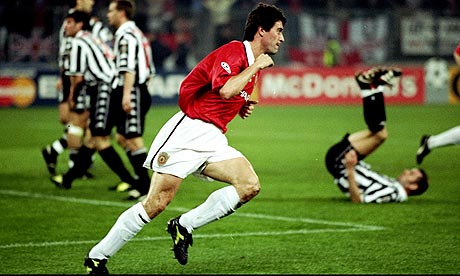 Two Champions League final defeats to Barcelona, losing to Bayern Munich at the quarter-final stage in 2010 and the elimination to Madrid earlier this term are examples of their traditional mental toughness abandoning United.

If they are to lift Europe’s top crown again Manchester United must prosper in adversity, and overcome considerable challenges. They were up against it against Juventus in their 1999 campaign before uniting around Roy Keane and coming back from the brink, and again in the final against Bayern with their late goals.

They showed extraordinary resolve to overcome Barcelona in the semi-final in 2008. A similar big performance, where they react in a pressurised and elimination-threatening situation, is needed if they are to be kings of Europe once more.