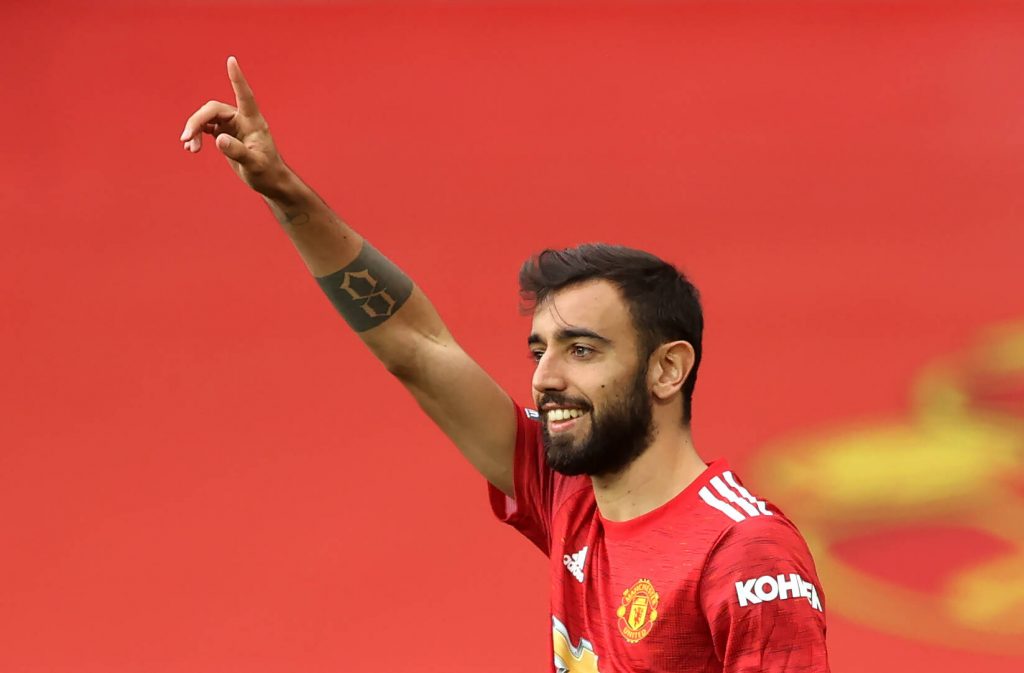 Manchester United are ready to hand Bruno Fernandes with a new contract, which will double his current £100,000-a-week wages, The Star reports.

The Portuguese has been a revelation for United since his move from Sporting Lisbon in January last year, registering 40 goals and 25 assists from 79 appearances.

He recently created Premier League history with the most goal contributions by a midfielder in a season, surpassing the previous record held by Chelsea’s Frank Lampard.

It is now reported that United held talks with his agent Miguel Pinto in Manchester this week, and Fernandes is close to signing a new deal worth £200,000-a-week.

His representative sought to include a buy-out clause in the proposed new contract, but the Red Devils dismissed the prospect immediately.

The £81 million-rated star has solved the club’s main concern of creativity, while he has also been a huge presence in the final third with regular goal contributions.

He has registered 18 goals and 12 assists in the league this term, constituting 42.45 percent of the club’s goals. Only one player in the division has fared better.

His performances have been significant to the club’s progress over the past one-and-a-half seasons and he deserves the bumper deal coming his way.

Fernandes will play a key part for United in the Europa League final against Villarreal next week. The club are aiming to end a four-year trophy drought.

Before that, they face Wolverhampton Wanderers at the Molineux Stadium in the final matchday of the league campaign.

United have picked up just one point in the last three league games and will be eyeing a win to pick up momentum ahead of the final.