The Arturo Vidal-Manchester United saga is getting interesting with each passing day. Fresh reports today morning from reputed journalist Alfredo Pedulla has claimed that the Red Devils are willing to make a whooping €50m offer to the Old Lady for the Chilean midfielder. The report has also been relayed by TMW.

Pedulla has also mentioned that should Vidal make the switch to Old Trafford, he would earn around €8m-€9m per season, which is twice the wages that he receives at Turin.

The view from Chile: Yesterday there were reports from Chilean newspaper La Tercera that Vidal would jump at an offer to play for United in the coming season. The newspaper quoted Vidal as saying, “I’m enjoying my holidays, and when I return to Italy I’ll see what happens. Anyone would like to play for one of the biggest clubs (Manchester United) in the world.”

Adding to the speculations,media outlet Chilevision claimed that a deal is almost done. 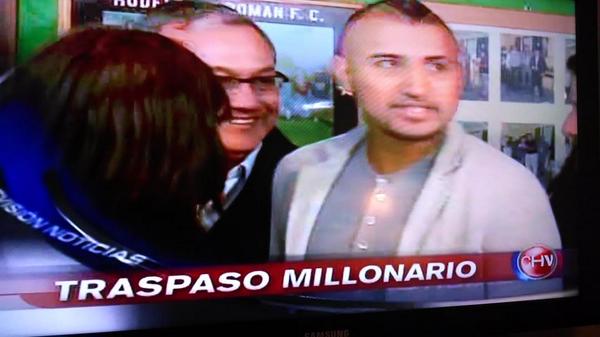 However Gianluca Di Marzio staff and journalist Fabrizio Romano who is trusted and very reliable took to Twitter saying there has been no official offer from Manchester United to sign the 27 year old.

Soccerlens view: The question that every Manchester United fan have been eagerly asking is whether despite so angles involved in the saga, is Vidal really on Manchester United’s wishlist? A player of his calibre would seamlessly fit in United’s system but we here at Soccerlens maintain our earlier though process whether the player himself would ditch Champions League ambitions to join Manchester United.