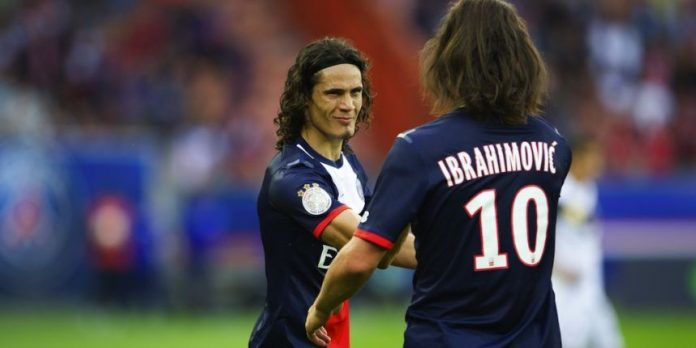 Manchester United manager Louis Van Gaal is keen to sign a new number nine next summer and the Old Trafford outfit are eyeing up a move for the PSG striker Edinson Cavani.

According to L’equipe (via Metro), Van Gaal is keen to use Wayne Rooney as an attacking midfielder and wants a sign a goalscorer in the summer.

PSG forward Edinson Cavani is thought to be a primary target for the Red Devils who have been made aware of the fee for his services.

According to the report, PSG are already eyeing up replacements for the Uruguayan striker and are willing to let him leave for the right price.

It seems that a sum of 32 million pounds could be enough to convince the French champions.

Cavani is thought to be keen on a move away from PSG because of his role at the club. The former Napoli striker is unhappy to play out wide in order to accommodate the Swedish superstar Zlatan Ibrahimovic.

It will be interesting to see if Manchester United decide to match the asking price. Cavani is a world class striker is a proven goalscoring record.

Furthermore, signing him would add some much needed pace and flair to the United front-line as well. Also, his style of play and defensive contributions would be a huge plus for the Van Gaal, who prefers a workhorse.