In Solskjaer’s sights: Top signings on their way to Manchester United

Ole Gunnar Solskaer has been announced as Manchester United manager on a permanent basis.

The Norwegian has successfully led the Old Trafford outfit back into the race for a top four finish whilst managing to navigate past Paris Saint-Germain at the last gasp to make it to the quarter finals of the Champions League.

Solskaer himself said the appointment is his “dream job”, emphasising just how much it meant to him by stating it was “truly an honour”.

The former Champions League winner has been given a three-year contract.

The results Solskjaer has managed to achieve since stepping in have spoken for themselves. He has brought United back into top four contention but the hard work starts here.

Before you back United or any team in the final third of the season make sure you compare the best free bet offers and get all the info from the experts in the know.

The club’s announcement shows how important Solskjaer’s understanding of the club’s culture is, in contrast to previous appointments, as well reiterating his experience with the club’s academy players.

We’ve already seen youth team talents Tahith Chong, James Garner, Angel Gomes and Mason Greenwood brought into the fold, but who are the signings that Solskjaer is likely to go after this summer?

The Spanish media have reported that a swap deal between Barcelona and Manchester United could be on the cards for Philippe Coutinho, which would send Marcus Rashford in the other direction.

That deal is unlikely to go forward given that Rashford himself is a local lad and a huge United fan. Other likely names that the Red Devils are being linked with once again are La Liga stars Antoine Griezmann and Gareth Bale.

Depending on who the authority rests with to sanction signings, big name players could be put on the back burner for younger prospects. 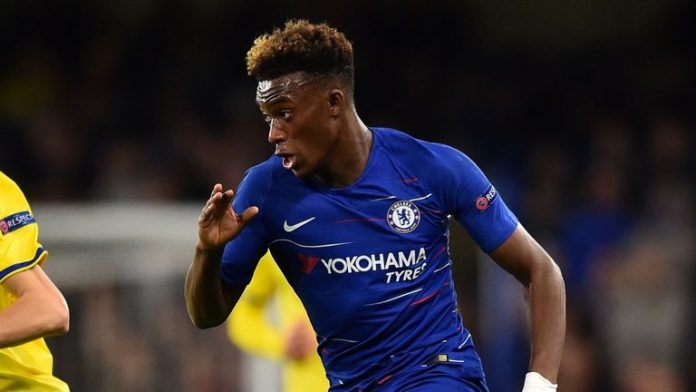 Callum Hudson-Odoi is just one of a handful of promising young English talents linked with a move to the red side of Manchester. Hudson-Odoi has been hitting headlines, unfortunately not for his exploits on the pitch.

In contrast to his experience at club level, Gareth Southgate gave the 18-year-old game time during England’s most recent qualifiers and it paid dividends. The Chelsea academy product reportedly had a £40 million move to Bayern Munich blocked in January, although he does appear to be surplus to requirements at Chelsea under Maurizio Sarri.

Hudson-Odoi could have followed in the footsteps of Jadon Sancho who is firmly on United’s radar. The 19-year-old gave up a bright future under Pep Guardiola’s tutelage for more chances of game time in the Bundesliga with Borussia Dortmund.

Since switching to Germany Sancho has impressed after having been given opportunities on the pitch. He now commands a first team spot on the right wing, an area where United are lacking a solid, world class starter.

Although arguably where United need to strengthen most is at the back, particularly in the centre of defence. The Red Devils have a number of available centre-backs, with the likes of Marcos Rojo, Eric Bailly, Chris Smalling, Phil Jones and Victor Lindelof all up for selection. But none have consistently impressed over a long-term period.

It’s led to rumours circulating around big name French internationals Raphael Varane and Samuel Umtiti, with both being linked with high profile moves to the Premier League.

Whoever United move for this summer, now they’ve appointed Solskaer they’ll first have to achieve their goals this season. Qualifying for the Champions League is top priority.

The summer transfer window will be massive for them, but as of yet it’s still unclear who will be the force to dictate the signings that come in.

Whether or not that will be left to Ed Woodward, a new rumoured director of football, or Solskjaer and his staff remains to be seen.