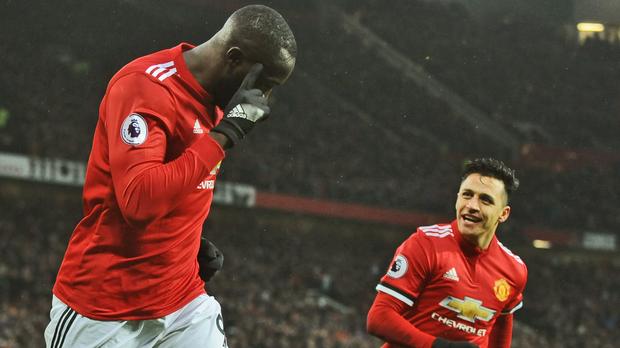 Unlike the last couple of seasons when one player primarily dominated the Most Valuable Offensive Players (MVOP) rankings, this season has been up in the air. Chelsea‘s Álvaro Morata has led the MVOP pack for most of the 1st half of the season, while Manchester City’s Sergio Agüero and Tottenham’s Harry Kane have stayed in the hunt. But, it is Manchester United’s Romelu Lukaku who has grabbed a hold of the top spot. 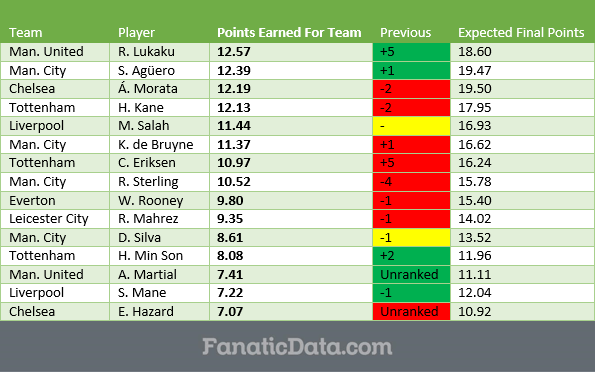 Normally, Lukaku should be a shoe-in to win the MVOP rankings this season. His team is tied for the league lead for goals scored under the 4-2-3-1 formation. This means his team is the most capable of creating goal opportunities in a formation that heavily favours the lone forward. Transferring Alexis Sánchez can only further help Lukaku’s cause.

Yet nothing is for certain with Lukaku. Over the past 9 matchdays, Lukaku has only been involved in two point-earning goals for his side. He will need to pick up his presence in important goals if he is to have a chance at being crowned MVOP king at the end of the season.

In the meantime, we expect Kane to be battling at the top right until the end.  He tends to pick up his game in the second half of seasons. Also, don’t be surprised if Liverpool’s Mohamed Salah leapfrogs all of the aforementioned players at seasons end. Liverpool has scored a league 2nd best 59 goals through 26 matchdays. More than a third of those goals have come from Salah. Based on our expected final points, Morata is still favoured to win. If he returns back soon from his injury, Morata can surely still claim the MVOP title, as long as, Chelsea finds its winning ways again.

After 26 matchdays, we have determined the MVOP at each position in the EPL based on the most commonly used formation: 4-2-3-1 (goalies excluded). 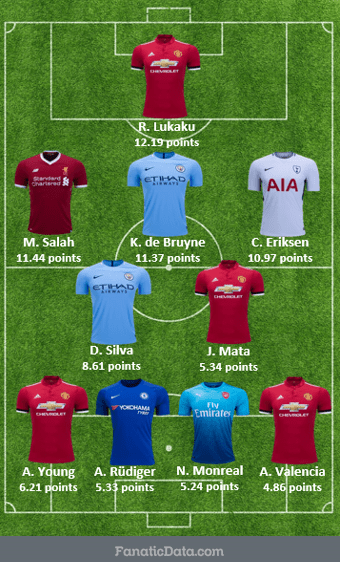 In our last Most Valuable Starting Squad presentation, there were only 4 teams represented by the 10 players listed. Thanks to the recent play of Tottenham’s Christian Eriksen and Arsenal’s Nacho Monreal, the oligopoly is broken this time around. Lukaku also rejoined the starting squad after a 18 matchday hiatus.

Get an update for the rankings and starting squad after Matchday 30!