Can United get – and defend – a lead against Norwich? 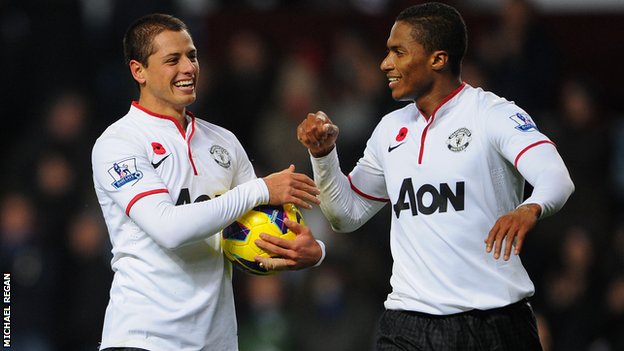 Given the defensive troubles United have faced this season, it’s telling that in a season when City look weaker and Chelsea still look incomplete, United are top of the table and through to the Champions League knockout stages in mid-November. As we go into the heavy winter fixture list with 11 matches to play between now and the end of the year, an away game to City looks the only difficult hurdle between now and ending the year top of the table.

Next up are Norwich, who’ve done a decent recovery job and gone 4 games unbeaten after a horror start to the season that saw them tipped for relegation. They’re not completely out of the woods but they’ve shored up defensively and the teams below them keep conceding goals for fun.

Having said that, Norwich’s record against United is poor – they’ve only beaten United once in their last 14 league meetings and when you couple that with United’s impressive away form – five consecutive away wins so far – all signs point to another tight United win.

Norwich have the second-worst goal-scoring record this season, with only Sunderland scoring fewer goals (and Sunderland can’t buy goals at the moment). It’s not the worst time to have defenders missing, but I also think that we’ve stretched our nerves and pushed our luck to the limit this season and we need to start controlling games from the start instead of conjuring victories out of a pea-sized hat.

Under Ferguson, United are masters of coming out top at the end of a marathon season. It obviously helps that the manager has been given the time and space to develop his methods and the autonomy to stick to them, and the approach in pre-season shows. Where other clubs are all about managers and players getting to know each other (or in Arsenal’s case, trying to hold on to wantaway players), United’s pre-season is different – it’s just the first step in getting the players ready to perform at their best at key moments during the season.

United’s impressive league record is a testimony to their preparation, and as we go into this run of 11 games (12 if you count the away game to Wigan on 1st January) in 6 weeks, United are the best prepared to come out the strongest team in 2013.

Of course, this is also usually the time when United’s defensive crisis rears up – the past two or three seasons have made for painful viewing – so hopefully United’s players will make it through December for the key January games against Spurs and Liverpool.

United’s recent impressive record – and that of their players – makes for good reading. Here are some key stats:

United need to pass two tests today – control the game early and score, and to defend that lead (hopefully by controlling possession but any way will do). If they can do that without needing a rescue act, it bodes well for the next 10-11 games.