Jose Mourinho has been linked with a return to management with Manchester United since December.

The Portuguese manager was sacked by Chelsea back in November due to a poor start and it appears that the Old Trafford outfit are ready to announce him as their new manager soon.

Current Manchester United manager Louis Van Gaal is expected to leave at the end of the season after a disappointing spell in charge of the Red Devils. Despite spending huge sums of money, the Dutchman failed to deliver and United failed to challenge for the title or do well in the Champions League under him.

According to Daily Star, Manchester United will announce the signing of Jose Mourinho in the next two weeks and are ready to offer him a bumper transfer kitty in order to build a formidable squad this summer.

The report adds that Mourinho has already signed a deal to become the Manchester United manager. 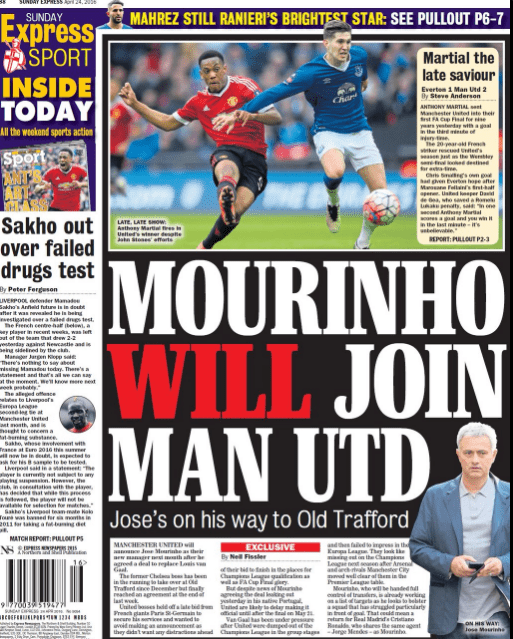 Mourinho has been promised around 300 million pounds for transfers this summer and Manchester United will be hoping that the Portuguese can put together a world class squad that can challenge on all fronts.

The report also states that Mourinho is likely to move for Zlatan Ibrahimovic once he takes over at Manchester United. The PSG striker is open to a move to Old Trafford, but he does not want to play for Van Gaal.

Neymar, Cavani, Muller, Pogba and Varane are other players Jose Mourinho will look to sign for Manchester United.