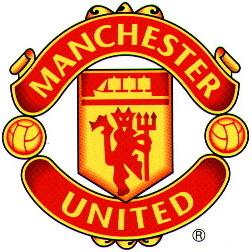 Manchester United face a tough away trip to Newcastle on Sunday (4pm KO, Live on Sky Sports 1) but look worth a wager at 1.91 with Betfred and Paddy Power to rise to the occasion and come away with all three points.

The stats are not so good as far as the Red devils are concerned, as Newcastle are unbeaten in their last three league matches against Sir Alex’s men.

The Magpies have also won nine and lost just one of their last 13 Premier League games at the Sports Direct Arena, and are clearly going to be hard to beat on their own patch.

The main concern as far as United are concerned is that they have conceded nine goals so far, and keeping it tight at the back will be vital given that Newcastle have two dangerous strikers in the shape of Demba Ba and Papiss Cisse.

However they have not found it hard to score goals, and have three players with excellent records of finding the back of the net against Newcastle.

Wayne Rooney has scored 10 Premier League goals against them – his joint-best haul against any opponent in the competition – and looks good value at 6.5 to net the opener with Paddy Power. He can also be backed at 2.63 with Boylesports to score anytime and that looks well worth a wager

Paul Scholes has scored more goals against Newcastle than versus any other Premier League opponent (9), and is a 17 shot in the first goalscorer market with Paddy Power.

Robin van Persie, who has scored five goals in his last five Premier League starts against Newcastle, is the favourite at a top priced 5 with Paddy Power to bag the opener but my money is going to be on Rooney.

Given the attacking talent at their disposal, I think United are capable of edging and I fancy them to run out 2-1 winners at odds of 8.5 with bet365.