Monaco full-back Layvin Kurzawa has admitted his desire to one day play for Manchester United, saying that the struggling champions are ‘the club of my dreams’. 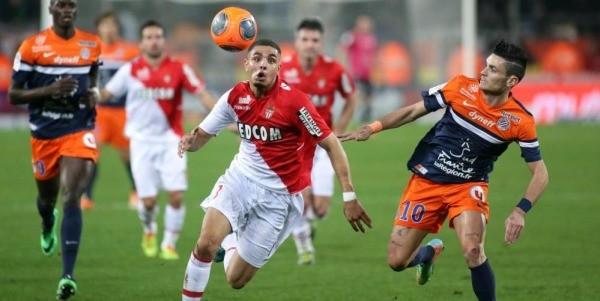 Kurzawa, 21, is one of the rising stars in France, is known for his penchant to attack, and has been one of Monaco’s key performers in recent weeks.

While he is clearly flourishing in Ligue 1, Kurzawa is hoping to turn out for Manchester United in the future,

“The club of my dreams? Manchester United”, he told TV station ‘beIN Sports’,

“This is a team in itself, the stadium….It is one of my goals to play there one day.”

Stats provided by WhoScored.com show that only Ricardo Carvalho and keeper Danijel Subasic have appeared more in Ligue 1 for Claudio Ranieri’s side, with Kurzawa also being awarded the most man-of-the-match awards at the club.

United have been on the lookout for the successor to Patrice Evra, who is expected to move on in the summer.

Leighton Baines was said to be the club’s primary target, but since the England man signed a new long-term deal at Everton in January, United have been linked with a summer move for Southampton youngster Luke Shaw.

The 18-year-old would not be cheap however, with the Saints said to be holding out for a substantial fee for the defender, who is seen as Ashley Cole’s successor.

Like Shaw, Kurzawa is certainly a decent prospect, but with Monaco certainly not short of cash, the chances of David Moyes grabbing a bargain here are slim.

The Frenchman has a contract until 2018, and it would be a surprise if he jumped ship as early as this summer, but considering his yearning for the red of Manchester, we may see this story return within 12 months.

What do you think? Who should be the new Manchester United left-back? Let me know in the comments below…