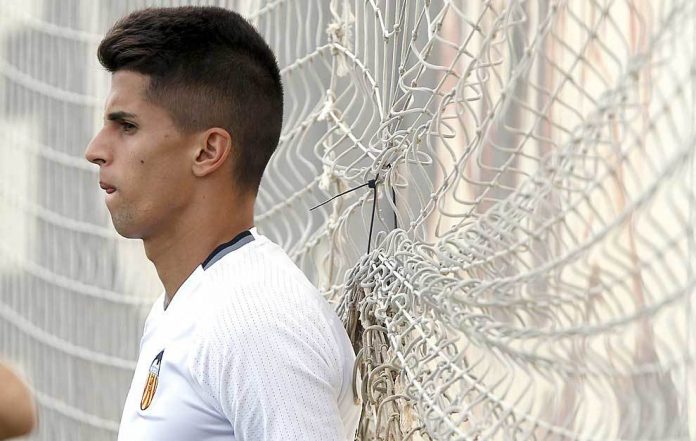 Manchester United are thought to be looking at the Valencia defender João Cancelo.

Spanish newspaper Marca are reporting that Jose Mourinho is interested in the 22-year-old Portuguese defender. Cancelo operates as a right-back and has impressed for the La Liga club over the last 12 months.

Marca adds that Barcelona and Manchester City are interested in the player as well. They acknowledge the fact that the financial muscle of the Manchester clubs cannot be questioned and their interest in the player could spark a bidding war.

Cancelo is valued at 30 million Euros right now, but Marca have mentioned that the fee could go up depending on the situation.

Barcelona want the player to replace Aleix Vidal and the two Premier League clubs are also lacking in the right-back department.

Manchester City desperately need an upgrade on Sagna, especially now that Zabaleta is past his peak. And José Mourinho has to rely on a winger as his right-back. Despite his impressive performances, Valencia is not a natural in the position.

Signing Cancelo would be a masterstroke for José Mourinho. The Portuguese would then have a talented young four-back for years to come. The likes of Bailly, Shaw and Blind have already laid the foundations of a successful defence this season.

Cancelo is already a regular for Valencia and Portugal and has plenty of experience for a player of his age. The Valencia defender has made 8 appearances in La Liga so far this season.