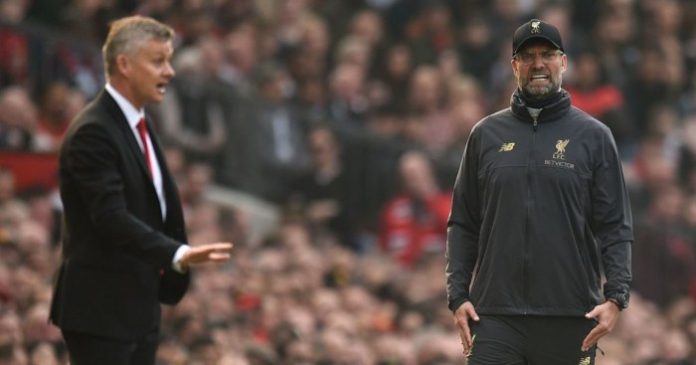 A record-breaking season by Liverpool and a season of dramatic lessons learned by Manchester United – 2019/2020 was a season that defied old expectations and created new ones for the two most successful teams in England.

Liverpool won the title with an unbelievably dominant stretch of performances, while United – having bought Bruno Fernandes a transfer window too late – recovered from a listless start to clamber up to third place.

The lessons for each club should have been clear – Liverpool had used more or less the same players for the past few seasons and needed reinforcements to both rotate and to inject new blood.

Man Utd had signed the player they needed too late but were lucky enough to not have paid dearly for it – a Leicester win on the final day could have put them doing in the Europa League (where they ended up anyway this season).

The reigning champions are stuck in a rut – they have won just seven of their last twenty matches in all competitions and conceded the title. Injuries plus a downturn in the form of key players has put manager Jurgen Klopp is under tremendous pressure, but the reality is that the German has been let down massively by the club hierarchy.

Years of underinvestment have finally caught up with Liverpool and the Reds might have to go through a massive rebuild in the summer.

Liverpool were in desperate need of a quality striker and a centre back at the start of the season, but they failed to strengthen those positions despite cashing in on Dejan Lovren.

As a consequence of that, Klopp has had to field makeshift midfielders at the back after injuries to Virgil van Dijk, Joe Gomez and Joel Matip. Similarly, Roberto Firmino has been out of form for months now, but there is no real alternative to lead the line instead of the Brazilian.

The Reds have had a bizarre injury crisis this season, and they have been unlucky but the lack of investment and proper planning in the transfer market is mainly responsible for their current predicament.

Diogo Jota and Thiago Alcantara have been the only signings of note over the last four windows and for a club hoping to fight for the Champions League and the Premier League, that is simply unacceptable.

The faltering title defence will certainly hurt Liverpool in terms of pride, but the true extent of the damage can only be realised if the Reds fail to finish in the top four.

Missing out on Champions League football could lead to losing key transfer targets and millions of pounds in lost revenue.

Proper planning in the summer and adequate investment could have helped FSG and Liverpool avoid this situation.

Despite this season’s bizarre injury crisis, it’s reasonable to assume that a backup defender signed last summer (or even identified and brought in at the start of January) would have helped the club stay in the top three, if not challenge for the title. As things stand, missing out on Champions League next season could cost Liverpool up to £50 million (based on a similar loss of income posted by Manchester United in 2018/2019).

Where Liverpool prize themselves on buying under-priced assets and selling them for a profit (see Coutinho, Philippe), United have a tendency of telling everyone they won’t spend money before spending money like there’s no tomorrow on the wrong player.

However, the club got it absolutely spot-on when they signed Bruno Fernandes, a player whose impact over the last 12 months is unparalleled. And yet that signing came in January, despite spending the previous summer talking about signing Fernandes and then not signing him.

38 – Since his Premier League debut for Manchester United in February 2020, only Lionel Messi and Robert Lewandowski (both 44) have been directly involved in more goals in Europe’s big-five leagues than Bruno Fernandes (38 – 22 goals, 16 assists). Special. pic.twitter.com/wHvp0FhUUH

And last summer, when it became clear the club needed reinforcements in defence and upfront, the club signed Alex Telles (an excellent signing) and Edinson Cavani (another great acquisition) but baulked at paying Jadon Sancho’s transfer fee. The latest reports suggest they will sign him this summer instead, and potentially save £30m or so in the process.

Similarly, United needed a centre-back last summer but kept their faith in the current lineup. The defensive mistakes that have led to seven draws and four defeats this season in the Premier League (plus getting dumped into the Europa League) could have been avoided with a smart signing. As things stand, United will almost certainly sign a central defender and will almost certainly pay £50m for him.

Depending on who they were looking to sign (as United were linked to Jules Kounde in the summer and are still heavily linked to him now), they could have saved £20m on signing the right player at the right time.

That is the price of a potential title run and a sustained run in the Champions League. Unfortunately, that’s also the reality we live in when clubs are businesses and generating a profit is more important than winning titles.

Spending money doesn’t solve all your problems. Chelsea and Barcelona are proof of that.

But not spending when you need to leaves you unable to take advantage of the opportunities that present themselves.

Liverpool and United have every right to be prudent. In this case, it was prudent to invest in the future and not simply sit on their respective pots of gold trying to protect the gains of the past.

With additional reporting by Saikat Chatterjee.