According to reports in Brazil, Manchester United and Liverpool are scouting Brazilian attacking midfielder Everton Ribeiro. 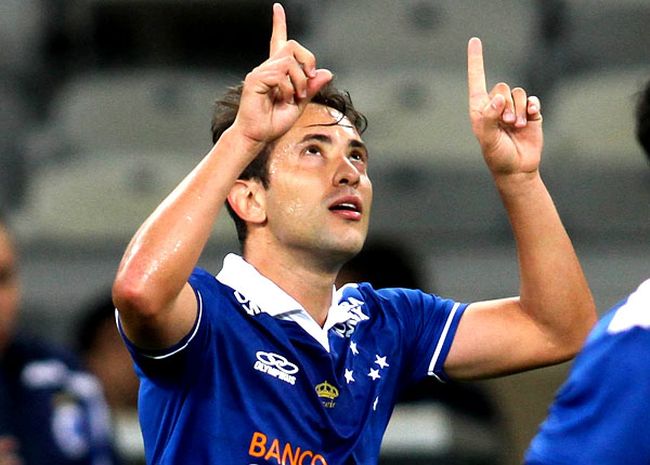 The 24-year-old versatile left winger/attacking midfielder plays for Cruzerio after coming through the academy ranks of Corinthians. According to Brazilian newspaper Lancenet, representatives of Liverpool and Manchester United were in Brazil for the last few weeks to observe the player closely.

Despite heavy interest for the player, both the clubs are looking to secure a possible guarantee of work permit for the player in England. It is understood that the Brazilian club would be willing to negotiate for a minimum bid of €8m.

In July, Al Jaish placed an offer of €10m for the player, but the offer was rejected as Ribeiro had shown interest in staying in Brazil and secure a place in the national team.

He had no intentions of joining an Middle East club but could be willing to move to big European clubs, feels Robson Ferreira, manager-agent of Everton Ribeiro. However, as with the case for many Brazilian, the contract situation of the player can prove to be decisive. Cruise, his parent club owns 60% of the economic rights of the player, while the other 40% is divided between the entrepreneur and Corinthians.