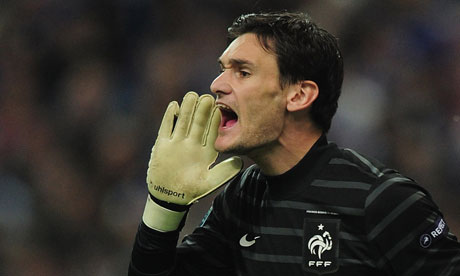 A key part in Manchester United’s squad planning for next season is the looming uncertainty over the future of David De Gea.

The Spanish goalkeeper has been in stellar form for Manchester United, rightly finding a place in the Premiership Team of the Year. However, given the lack of any contract activity and Real Madrid’s unabashed wooing of the keeper, chances are high that Manchester United have to enter the market for a goalkeeper.

If sources in ESPN are to be believed, the Red Devils have already found the alternative in case De Gea makes the much-anticipated move to Madrid – the target being Tottenham goalkeeper Hugo Lloris. The Frenchman has been a calm presence in the Tottenham goal, being the picture of consistency while the likes of Harry Kane grab all the media attention.

Lloris is at the stage of his career where he should aspire for regular Champions League participation, something United can provide him next season, as the Red Devils are likely to finish within top four this term. Crucially, Tottenham do not seem likely to qualify for the Champions League anytime soon, so Lloris may be pushing for a move away sooner or later.

United could also explore the option of signing Real Madrid winger Gareth Bale by using De Gea as a part of the deal to entice the Welshman away from Bernabeu.

ESPN also understand that United are confident of completing deals for both Mats Hummels and Nathaniel Clyne. The Red Devils however are pondering whether to make a move for Memphis Depay as the club feel there is now a chance to sign Bale in the summer, although it is unlikely that Real Madrid or Bale would be interested in him moving this summer.